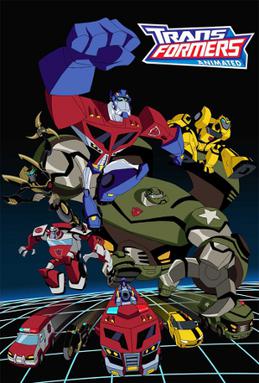 
One thing we’re seen repeatedly over this project, all the way back to Man of Iron and most recently with Beast Wars riding the coattails of Babylon 5, is that the best Transformers is often made by people who would rather be doing anything else but making Transformers.

Probably the biggest example of this is the Animated cartoon. Despite being created to air in the wake of the first film (starting with a “Film” of its own made from the first three episodes on Boxing Day 2007 that’s treated as a separate pilot despite the first regular episode being a week later) and having a title suggesting its firmly aimed at kids for whom the idea of Transformers as a cartoon is a novel one, it very much not Michael Bay: The Series. Or indeed, though not averse to in-jokes by any means, like anything we’ve seen before.

Indeed, what we really have here, in both writing and animation style, is Transformers: Teen Titans, a show that fits more easily into the DCAU than the typical Transformers show. Hardly surprising when one of the two most key creative forces on the show, character designer Derrick J. Wyatt, filled the same role on that show.

Equally important though was the main key force on the writing side, Marty Isenberg. Who had also overseen the equally divergent from the norm Beast Machines earlier in the decade.

So, the big USP of the series is “Working class superheroes”. Optimus Prime is no longer the heroic leader of an army, but a frustrated ex-military cadet who is now captain of a small crew of misfits that spend their days fixing space bridges in a post war world. Until they accidentally stumble across the Allspark and a ship of the remaining Decepticons, and crash into Lake Eire whilst Megatron lands in a field outside a house belonging to the equally frustrated inventor Isaac Sumdac.

Fifty years later, the Autobots awake and find Sumdac has reinvented Detroit with his robots, has a daughter, Sari, with a magic key that can heal wounded Transformers and both Starscream led Decepticons out to get the Allspark and various human supervillains. All whilst Isaac tries to keep the fact the reason for his success is having Megatron’s head in his basement a secret from his new friends. 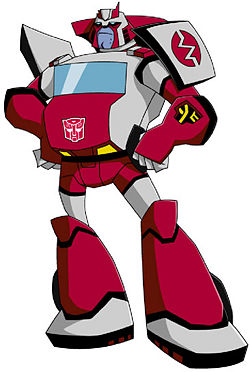 The filsm brought Ratchet back, but Animated gave him his soul.
I saw at least the first part of the pilot at the time, but never had the chance to dive into the series and had pretty much forgotten everything about it. Which made for a mostly pleasant surprise, the joy of the opening is seeing the Autobots as a slightly dysfunctional group of mates, with well developed fun characters that walks the right side of being quirky without being annoying.

The key highlight is Ratchet, a character who had previously been ignored by media outside of the comics and therefore is given a definitive new persona in the grumpy tired old warrior who will become the standard for all portrayals of the character going forward. I’m also especially pleased at having a Prowl who is cool and capable (and a ninja!) but not a complete and utter dick.

The Decepticons aren’t as defined here, only having a small cameo outside of Starscream, but he’s a good solid take on the Latta persona.

On the human side, the Sudecs are more interesting that most, mainly thanks to having secrets that—though not all apparent at this stage—keeps them fresher than a lot of the human Sidekicks. Not having seen the rest of the show, I’m especially curious to see how Isaac’s arc will play out in terms of the fallout from his having the devil in a cage.

The other main human character is Captain Fanzone, who is indeed as funny as the name suggests.

What’s really lovely though is, for pretty much the first time since the original cartoon, to have a series where human authorities and the Autobots immediately get along and work together rather than the usual fear and mistrust leading maybe eventually to an uneasy alliance. A break from the traditional Marvel style approach to more of a, well, DCAU one.

Wyatt’s design work is the other big selling point of the show, and in appealingly individualistic and full of character. And as a sign of how technology had advanced in a fairly short amount of time, the toys more accurately capture the spirit of the show than the similarly non-conventional Beast Machines line did a few years earlier.

The weaknesses are fairly straightforward. The big one is a very lengthy fight against some robotic monsters takes up most of the second part and is nearly all padding. It does set up the Autobots will be fighting more than just Decepticons (though the human villains will actually have personality) and ends with an injury to Prowl that lets Sari show off her key for the first time, but its about five times longer than it needs to be and the animation style doesn’t lend itself as well to balls to the wall action as it does light hearted romp.

The other surprise was Optimus. Voice recording returned to LA for this series (so various G1 actors reappear for the first time since the 2001 Robots in Disguise show, with former Shockwave Corey Burton as Megatron), and as David Kaye had just moved to the US and gotten an appropriate union card, he successfully auditioned for the role after years of playing Megatron.

Which is fine, but perhaps its because I’m more used to his larger than life scenery chewing, his very prim and proper Prime doesn’t feel like it has the same energy. It’s a pity Gary Chalk remained (and indeed, remains. You’ll have seen him in the Sonic trailer this week) based in Canada as his gruffer voice would fit the working class ethos of this Prime better.

But overall, it’s a strong pilot that effortlessly sets up the plots and themes of the show whilst still telling a strong, if by necessity simple, story in its own right. 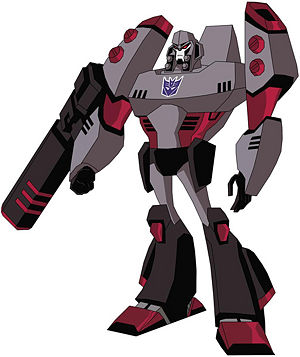 Forget the thighs, look at those shoulders.
And the show itself would run for three seasons that, as typical with everything that isn’t either G1 or the films, was not a Huge with a capital H series, but very quickly caught a devoted following. The fact the show was cancelled, not because it had run itself into the ground as is usually the case, but because of behind the scenes politics over Hasbro starting their own network and this show being ran in association with now rival Cartoon Network has helped to maintain that. This was a series that ended on a cliff-hanger with people still wanting more.

This means I think this is the series that has the most enthusiast following of them all, you almost never hear a word said against it and it still gets an great deal of love despite largely being ignored by Hasbro, IDW and third party toy companies alike in the years since. A comic based on the unmade ideas for season 4 done unofficially for TFNation 2017 is pretty much the only large scale attempt to do something with it.

And yet when I asked folk on Twitter for a suggestion of one regular episode to watch alongside the pilot to get a better feeling for the series as a whole, the shortest response had about ten episodes on it and most were “Watch the whole series”, which shows the love that’s still there. Even if it was unhelpful and the reason I'm only talking about the pilot here.

Of course, as ever, the show getting a foothold within the UK was more of a struggle, as we’ll see over the remainder of 2008.

Next week, back to the films and back to Cybertron. 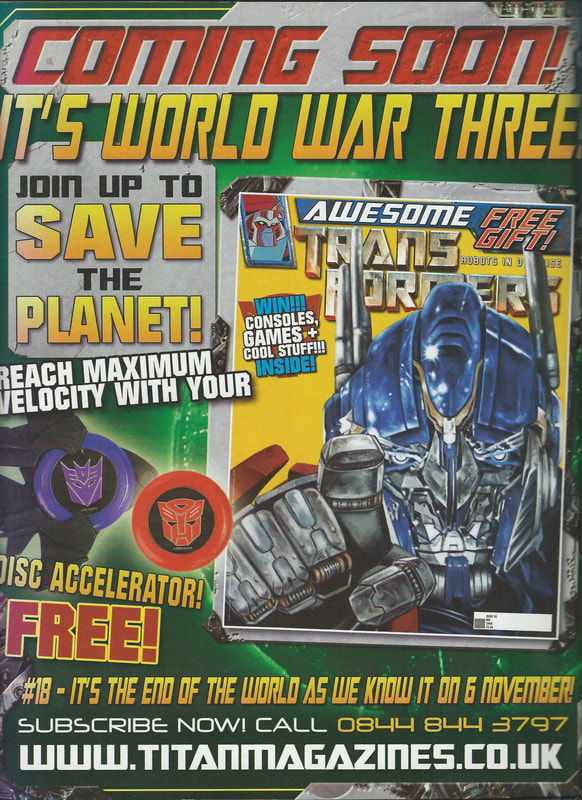