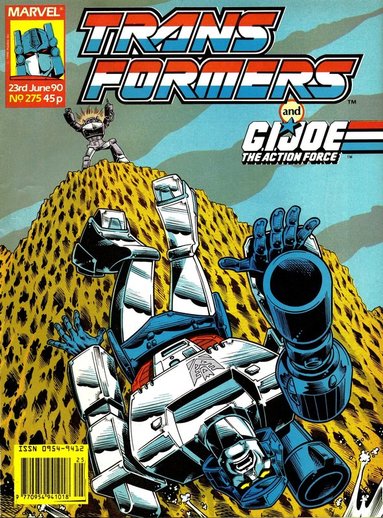 
They smile, pat you on the back, but it’s just so they can stab you later!


And I’m back from TFNation 2017! It was a fun, well run event and even the panel I was on wasn’t so bad. I also got to see an original Geoff Senior Marvel cover, from issue 72, that lucky sod Graham Thomson managed to see and buy from the great man before I saw it. It may well be the only painted cover left in existence from Marvel (Senior himself only found out he still had it recently) and the texture was extraordinary.

Plus, thanks to Jim Wilson, I got to see the original, hand annotated scripts to Space Pirates Part 5 and 6 that were sent to Lee Sullivan. These will be in Classics UK 6 (which I’m assured is still coming!) and completely changes what we thought we knew about Richard Starkings editing of the lead strip. It seems it wasn’t just a case of (as he himself tells it) Furman buying him a drink and pretending to have opinions, he had actual proper—and rather blunt!—notes you’ll be able to see next year.

Finally, before ploughing into this week’s issue, thank you to everyone who brought a book off me over the weekend. It was massively, massively appreciated, so bless you all. Watch my CON WRAP video for more thoughts. 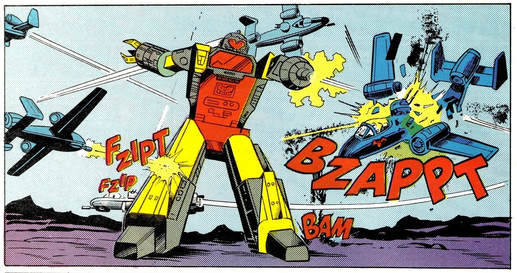 Oh Omega, how I've missed you.
There’s actually some fast plot development in the Joe crossover this week as we move rapidly between three different locations.

The only really interesting one though is the Cobra attack on the Ark, which actually gives us some action and one advantage of this being written three years ago: The return of giant curb stomping hard nut Omega Supreme! After shrinking and being taken down by a cassette the last time we saw him, it’s nice to have the deadly defender who made such a memorable first impression back with us. And Trimpe goes to town with the panel of him ripping apart Cobra planes. It’s just a shame that, cartoon style, the pilots are all seen to bail out (complete with George Takei style “Oh my!) as it would otherwise be pleasingly brutal.

The actual plot advancement here comes later on when we cut back to this scene and Serpentor is goading a cowardly Dirge into following him into battle. Which is of course a cunning trap.

The other plots are less exciting. Hawk is confronted by a photo of Larkin and the Baroness and has some soap opera anguish and Anthony survives his operation. Which does give us one other memorable image: Doctor Noname poking at the cerebral shell makes Bombshell dance the fandango whilst he’s giving Mindbender the tour of the Decepticon base, which is actually quite funny. Especially Bombshell’s casual “It might be best if I had my circuitry checked over. It is always advisable to remain in top condition” as if he’s making a note to remember to have his GP look at his ingrowing toenail.

Sadly Mindbender thinking on this (and noting the alterations the ‘Cons are making to Power Station Alpha) doesn’t form the cliffhanger, instead we get Dr. Noname delivering the cerebro shell to G.I. Joe: The Action Force. Is the brown paper wrapping tied correctly? Find out next week!

Omega Supreme and Bombshell make this the best instalment of this series to date. Who’d have thought Transformers would make for a good Transformers comic? 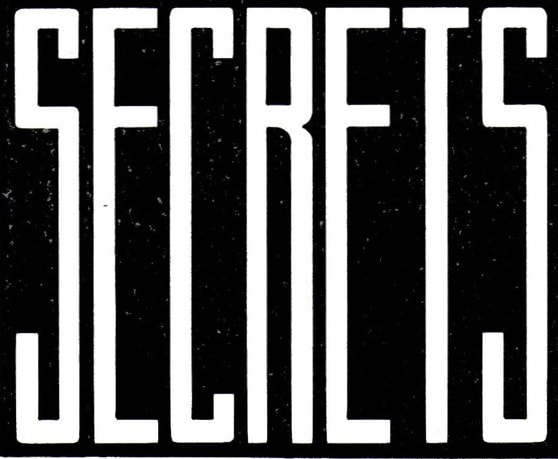 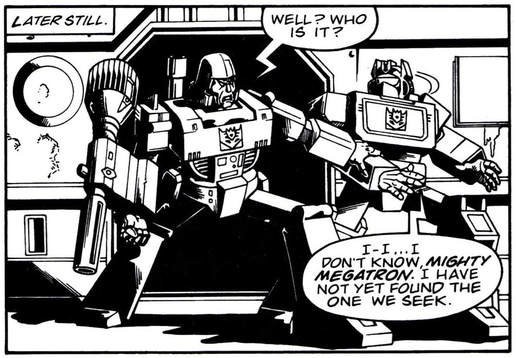 If this were colour, Soundwave's trousers would be brown.
If the lead strip was better than usual though, the British story is exquisite. Secrets is the sort of thoughtful character study these short strips can excel at, shedding light on characters who have been ignored for too long, or even entirely.

The focus is very much on Soundwave, who doesn’t feel an underused character, but this is actually his first signifiant non-crowd scene moment since Time Wars 18 months ago. The catalyst for him being a featured player again is Megatron having a grand shouty ranty moment. The opening sees Shockwave and his troops ambush Megatron, shoot him until he falls off a cliff into the sea and steal a shipment of energon from Cybertron.

The actual politics side (and Megatron’s exact relationship with Cybertron) isn’t important at this stage, nor shall it ever really have a chance to be. What matters is Megatron has decided he was betrayed and Soundwave must use his mind-reading powers to find out who! Which scares the living crap out of Soundwave as he is the traitor.

Pete Knifton’s art really sells the tension here, Soundwave’s fear as he initially thinks he’s being accused giving way to relief as he realises what he’s really being asked to do and then the terror as in sinks in there is no traitor to find are all perfectly conveyed.

This is followed by an amazingly dark sequence of him roaming the halls and trying to find anything he can use to give to Megatron in the minds of his fellows (Mixmaster is still dealing in Syk don’t you know) before again being confronted by an increasingly annoyed Megatron who is now dropping threats that if he doesn’t get given a traitor soon, he may vent on the nearest blue communications officer. So maybe instead of finding a real traitor, maybe it’s time to create a scapegoat... 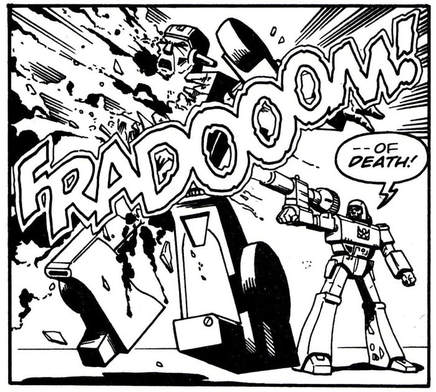 Imagine how successful he'd be if Megatron just shot his enemies all the time.
Which brings us to the standout sequence of the issue, the part I suspect everyone remembers. Wildrider hasn’t done anything since...well, he’s never done anything. So just seeing him being woken up (in what may be the first time we see a Transformer in bed? Certainly in Marvel anyway) and getting to contribute to the plot is exciting in and of itself.

Over in the lead strip one of the problems has been how badly the writer has been using the tec specs to inform character by just having them quoting the bios at length in a way no person ever would. Here Furman shows Higgins how it’s done by taking an aspect of Wildrider’s Universe profile and milking it for all its worth for drama.

Our favourite Stunticon is incredibly paranoid, so when a “dying” Soundwave comes into what James Roberts would call his hab suite but I’m going to say is his bedroom with a desperate request for help from the only Decepticon he knows he can trust, Wildrider buys it completely. And swears Soundwave will be avenged as he sneaks off to send Secret Battle Plans to Cybertron. The panel of the dead Soundwave sneakily raising his head as Wildrider leaves the room is one of the great little moments of the entire comic.

Which leads to one of the great big moments of the entire comic as Megatron, having been alerted by Soundwave that the traitor is about to make his move, becomes judge jury and executioner by blasting Wildrider apart before he can even get a word out. Which is a fantastic explosive panel made perfect by Wildrider’s look of surprise as he FRADOOOM’s to pieces.

With Soundwave now in Megatron’s good books, he apologies to Wildrider’s head and decides that all the information he did get from his fellows could lead to some nice juicy blackmail. Which is another long forgotten tec spec attribute Furman has used well here.

This is an amazingly layered, adult (in terms of sophistication, not boobs) and intelligent story that represents Furman and the format at its best. Coming off the back of the Carnivac storyline the black and white stories are on a roll at the moment. Can anything slow it down? 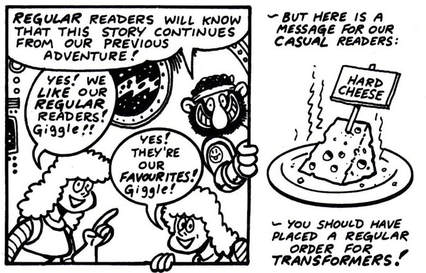 This should be the new reserve your copy coupon.
Transformation is very excited for both next week’s free gift and the competition starting in issue 278. Plus it teases a change in Decepticon leadership. Other than that though, its slim pickings this week, which makes this a good time to bring up the entertaining running gag we’ve had for a while now where the page constantly gets Combat Colin’s name wrong (here, Combat Clownings).

Speaking of whom, Colin stars in a new adventure in Return to Mars! Where we join our heroes on the Combat Rocket (“We know there’s no sound in space! The “Whoosh!” is just for dramatic effect, okay?”) to find out if the Brain is alive. Exposition is completely ignored as the Giggly Sisters and Steve point out regular readers will know what’s going on and regular readers are their favourite kind. Casual readers get some literal hard cheese.

On Mars, they find Pyramid Head has been shrunk to tiny size by his powers being drained by...

A brain on legs that hops into panel and crushes him to death. Yes, The Brian is now Mega Brain! A more terrifying villainous power-up than Starscream getting the Underbase.

Dreadwind gets two long letters from old fans this week. The first sees Nicholas Beech of Cotham reveal he’s repentant after leaving the book due to the format change but who has now realised it’s really good. But he also thinks Action Force is often better than Transformers, so can he be trusted?

Skipping the second for a moment, the two short letters both throw up something interesting. Hannah Gilyeat of Bicester asks if Jeff Anderson will get to work on the American strip, which surprisingly gets the response there are serious rumours this may happen (it won’t). The second has Leslie Hall of High Wycombe reveal that Fortress Maximus is on sale in York. Presumably remaindered stock from Europe?

The second old fan letter is the best though. Pauline Smith writes in about the life of Nebulons after they’ve outlived their usefulness (via the book: One Hundred and One things to do With a Nebulon), that includes them being lost between the skirting board and the shagpile carpet; taking part in contests to see how far they can be thrown or swimming in the pond. Pauline has now made hers a keyring, which predicts the minibot keychains of the early 2000’s and gives her co-writer “Sparks” Firebolt (and there’s a sign of a true fan, she not only remembers that continuity mess up but makes a joke of it!) a better fate than the others.

It's all downhill from here.
But Dreadwind reaches the peak of his era by simply asking “Can you say “Shagpile” in a kids comic?”

That’s it folks. Call in Blaster. Hell, cancel the comic. There will never be a better moment that this.

G.I. Joe: The Action Force sees Snake Eyes and Scarlett return and basically be let off for the breaking orders thing. Flint on the other hand is pissed they faked their deaths rather than just telling him the truth, resulting in a punch from Lady Jaye because he knows he’s not a ninja and should suck it up. Some stuff about Cobra trying to sell Terrordromes to Some Guy is deeply less interesting than this Madeupcommieland plot finally (!) ending with Flint and Jaye deciding to go buy a shagpile of their own.

Next week: Do I bug you? 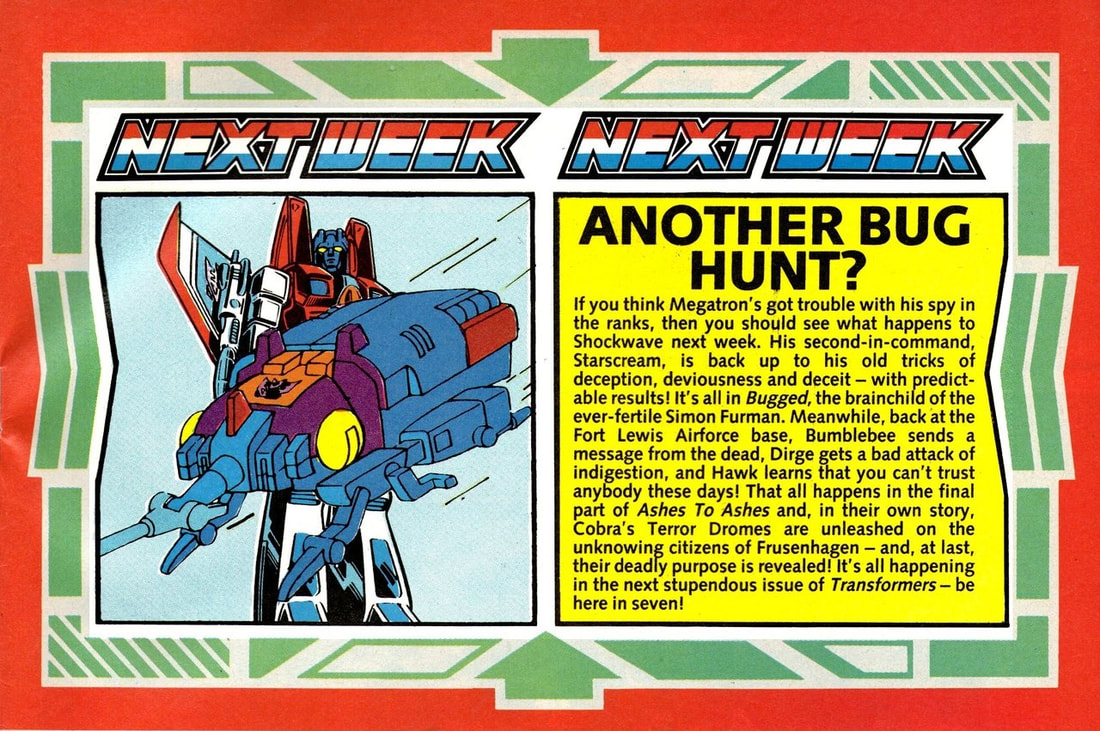