You'll Recommend Me to Your Mother, Sister, Aunts and Your Nieces. 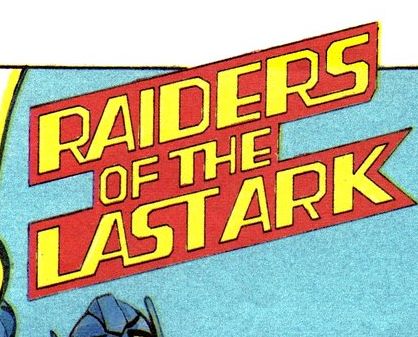 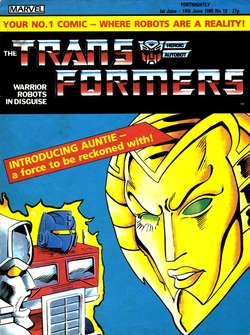 
Just What Is Going On Here?


So, Auntie then. A few words of explanation. It seems in Uncle Bob's [that's all round Transformers creator and general nice bloke Bob Budiansky for future reference] initial outline for the series the Autobots ship was called Auntie. Yes, you can see why he changed it. Now, either this included the computer as well, became the computer's name at some point or had in fact been dropped completely as a name very quickly.

You see, the only remaining mention of Auntie (or rather Aunty, this story Anglicises it somewhat, it's also the nickname for the BBC but that may not be an intentional gag) was back in issue 2 where the name is introduced without any sort of explanation of what the hell Auntie actually is. It's entirely possible; with the very changeable nature of the franchise at that point; that this was a left over reference to the original name for the ship that was missed in editing.

But, whatever the exact origin of the name, Furman has seized upon it here. And Auntie is indeed the all powerful all seeing and all knowing computer of the Ark. And yes, that is “She”. This is often held up as a goof in light of later events revealing Transformers are technically asexual, but it's never actually bothered me very much.

The thing that does annoy me about the presentation of female Transformers in both Marvel and IDW (and oh yes, you'll hear more on this when I get to Arcee. Depending on if I remember writing this or not I may even repeat myself but with a lot more exclamation marks) is the need to try and explain them. If we assume the Transformers aren't really boys and girls but treat Optimus Prime as a “he” because it's more polite than “It” and assume he has a male sounding voice when he speaks English then there's no reason whatsoever you couldn't have a “She” as well. No need to explain or rationalise it, just have the women along with the men and accept then as such and don't just make them someone's girlfriend.

But then, the treatment of female Transformers is never great. It says a lot that Arcee in the Bay films gets one of the more respectful portrayals despite being blown up almost instantly because she's not given any more special treatment than Sideways or Demolisher. Hell, even a generally good character like Black Arachnia still has a big woobly pair of tits and winds up as a love interest for one of the men. And the less said about IDW's revelation that Arcee is in fact a post-op transsexual psychopath the better. 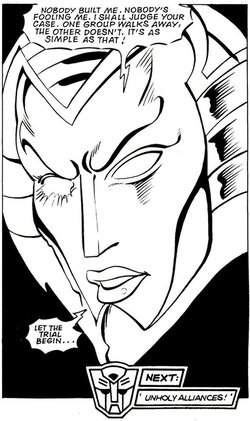 A Big Girls Blouse.
So Auntie being female, but this not being commented on and having no bearing on the script whatsoever (the story would be exactly the same if she was a he) is actually a perfectly fine thing. No, what sucks about Auntie is everything else about her.

First, look at the cover (which lest we forget is interior art blown up). Doesn't she just look terrible? A big gold head with a chin guard. As far as convincing portrayals of artificial life goes it's right up there with the blue androids from Doctor Who: Timelash at around the same time.

She also brings in a cliché. When Optimus Prime tries to switch her on- after apparently never having thought to try and get the many big guns of the Ark online before now- Megatron blasts the control console causing damage that means she now has no memory of Autobots or Decepticons. Zapping all the fighters with her amazing powers she then demands the two leaders justify themselves before the one she decides is less worthy is destroyed! Dah dah dah!

Yes, it's pretty much any episode of Star Trek with a small child in a toga claiming to be an ancient alien who puts the crew on trial, and it's very likely Furman was thinking of Arena when he wrote this (or the Outer Limits version. Or the Blake's 7 bootleg. Or even the original short story...). Though to those of us who grew up in the '90's it's going to be hard not to think of the Inquisitor from Red Dwarf. Sadly it's unlikely that Megatron's defence will be that he's brought so much joy to the world from having such an amazing ass.

Now of course, the last story was full of clichés ripped from Star Trek as well, but managed to work as an entertaining romp in its own right. I think that, as well as there just being more of a sense of enthusiasm around the writing, there was simply more going on to keep the pace up and ensure the reader didn't have chance to focus on some of the banality. Here, there is literally nothing else going on. Even allowing for this only being half an issue, the very brief paragraph above about Prime switching on Auntie is everything that happens. You add that to the first part and you still don't have a huge amount of plot.

Next issue will change that somewhat by bringing Ravage and Windcharger back into it (having only read this story all in one go before I'd never noticed that they actually aren't in this issue) but for now we've very little to go on. 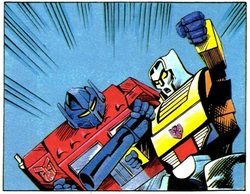 Always Believe in Your Soul.
So to focus on something positive about the story so far, lets talk about a surprising omission from this blog to date. Something that has defined all the UK stories thus far to feature him, an amazingly bright and spangly thing. Megatron's lovely gold vest. This is apparently taken from the toys box art, and really should look bloody stupid but actually has a rather sweet charm of its own and gives Megatron's rather dull character model some much needed life.

So all respect to colourist Gina Hart for being the only person on the issue to do something to make me smile. I'm not exactly sure when Marvel UK drop the gold shirt- though it makes one last return for an iconic Geoff Senior moment in the second Annual- but it'll be a sad day for the comic when it does.

The rest of the comic includes yet another educational From the Transformers Fact Files, this time on the battle of Hastings. Which has somewhat hilariously been toned down for children; there's no William the Bastard here and Harold is shot in the neck. Yes, that's right. The one thing that every single school child in the country knows about the battle and which has been preserved in a tapestry for centuries is cleaned up lest little Tommy have his mind ruined for life by seeing an arrow go into an eye (and yes, the eye thing is likely apocryphal, but this is hardly a deeply realistic historical document).

The next issue box of #18 promised The Chromobots would provide “fun”, but this is becoming increasingly less and less the case as the battle of the various almost identical looking robots is portrayed as very serious business. Which makes the OTT comedy drawing of hero Dudley with his oversized glasses increasingly incongruous.

Mind, fun was also promised from Matt and the Cat and nothing has happened in that strip for months now. They're still stuck on the same spaceship with no sign of anything else happening. There may be some strange new definition of fun at work here. 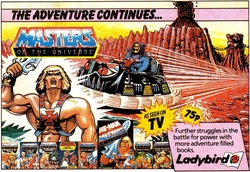 I Had the Third From Left.
Strangely, the opening of Planet Terry calls it “Part IV”. Presumably this reprints part of the fourth original issue, meaning something has been skipped somewhere. Thank Gurd.

Machine Man continues his battle with Alpha Flight; or at least the ones who can bother to turn up. This is actually a glimpse of Furman's future as Canada's premier superheroes will be one of many non Transformers titles he will have no success with in the years between the end of Marvel and the start of Dreamwave. Though in fairness, as poor as his Alpha Flight work is regarded as being it can't possibly be as unmemorable as this. Though there is some comedy gold about the Machine Man hating senator trying to discredit him by tricking Canada into thinking he's an evil American spy.

What is telling is that editor Shelia Crane uses the editorial to talk about reader feedback to the new stories. Though there's no overt mention of criticism there's what can very easily be read as a slightly desperate promise that the book will “Keep on Transforming” to try and keep everyone content. Ah, the poor misguided fool, even this early it's clear that trying to keep all of the fans happy all of the time is a mugs game.

Next week will see things pick up as Ravage and Windcharger get to have their own little mini-adventure. And apparently The Chromobots will apparently be providing more “fun”. Woot. 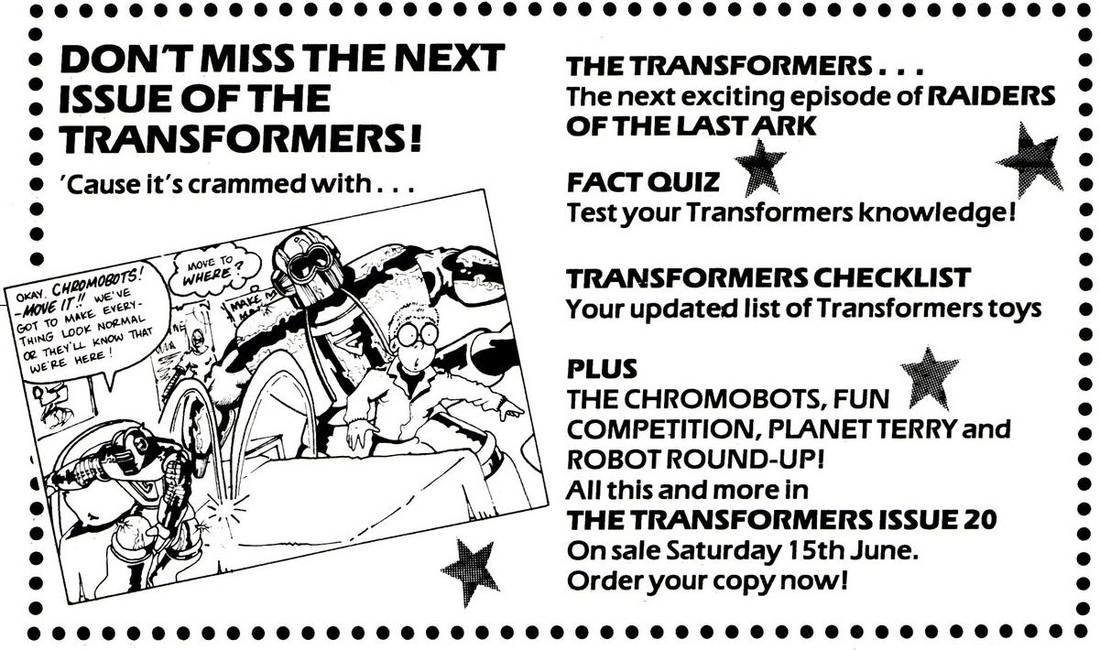