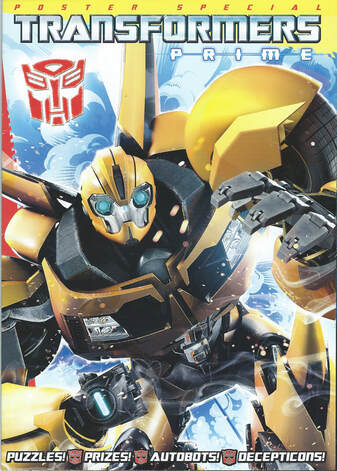 
There has been no sign of the Autobots’ human companions, though one onlooker did see Agent Fowler “getting cosy” with a Ms June Darby as they tried to deal with the fallout.


Here we go then. The most cynical, lazy and nastiest UK Transformers comic of all time. One that’s still something of a puzzler seven years later.

For context, though it’s basically the same format, this is different from the 1986 movie poster mag in one key respect. This is not a one-off special, it is an issue of the regular comic. Costing the same £3.99 as the issues either side of it.

But there is no comic.

Why is the question. They knew four months ago there was going to be no strip in this, so it clearly wasn’t the case something fell through at the last second. And Chris Cooper’s long delayed Piranacon story was still out there in some form.

All I can reasonably think is the comic was teetering on the edge of cancellation when this was planned as a cheap way to end the title, but sales had stabilised enough for it to carry on after this.

But whatever they mysterious reason, it’s a total rip-off for the kids buying. 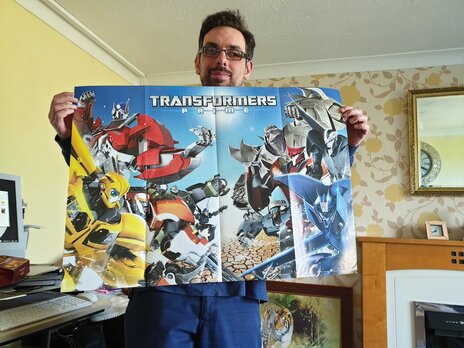 How exciting.
The poster itself (which my scanner was never going to cope with, hence the photo of me holding it instead) is OK, a nice A3 bit of stock art of the cons and bots facing off. But it’s no worth an 8 page strip.

Quickly running through the stuff on the other side of the poster...

Front Line is a faux secret government newspaper trying to create tension over the end of season 2 of the show, though it mainly gets you curious about Fowler “getting cosy” with Jack’s mum.

It also promotes the secret service “Foosball League” (apparently what they call Subbuteo rather than a typo) and, in real world terms, the latest leg of the Optimus Prime truck tour. With the threatening promise that “He’s closer than you think”. 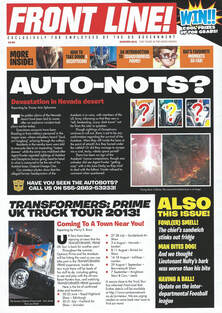 CLOSER THAN YOU THINK.
Raf’s Notes is a diary (though he firmly says it’s not a diary), covering the key events of the series, before ending on a postcard to his mother from Cybertron. It’s most interesting for giving specific dates to events. Thursday 26th November 2010 for Raf and his new “Human friend” Jack meeting the Autobots, through 14th September 2012 for Cylas being taken to the dissection table. All based on actual episode airdates.

Trans Files looks at Megatron, with particular attention paid to the fact you should grovel if you want to stand a good chance of surviving meeting him (“Purple is so your colour, your royal stylishness”), with a quick quiz asking you to separate some mixed up Decepticons.

Transformers: Primer! sees Raf (computer password: I_<3_Bumblebee) log onto MACROHARD DOORStm to ask basic questions about the Transformers, like what are Autobots and Decepticons and where do they come from. 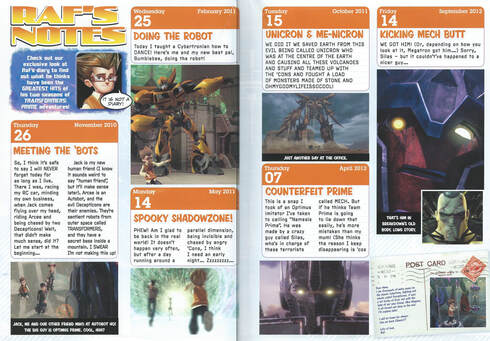 Not a diary.
Which doesn’t seem like the sort of thing he’d need to know at this point. Especially as the other feature fronted by him reveals he’s currently on Cybertron.

With no Raf’s Code section this month, the competition for a “Beastravaganza” of Beast Hunters toys has to ask a question: Who is the leader of the Predacons?

More excitingly though, and something I’d forgotten or I’d have done 2013 and 2014 as separate pages, next issue the comic becomes more regular, going back to once every two months. And we get the mysteriously delayed Piranacon comic. There’s no way it can be anything but an improvement. But how much will it have been worth the wait? 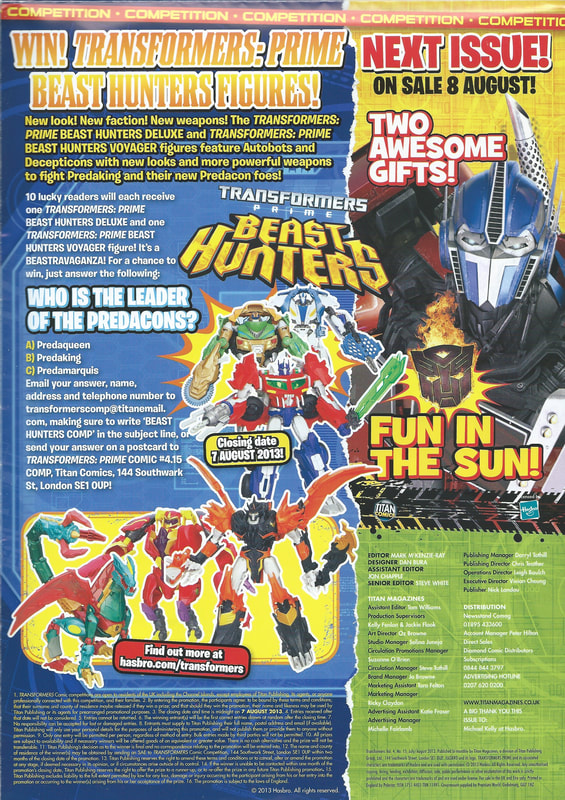