I Don't Know Why You Say Hello, I Say Goodbye. 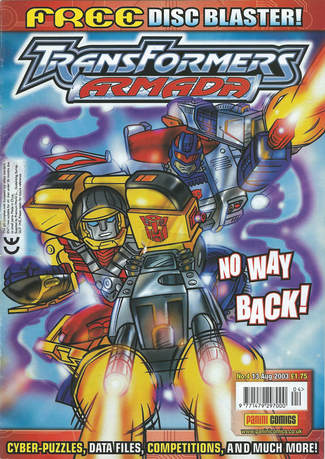 
Issue 4 is the first time the format gets a little playful, suggesting a more imaginative and thoughtful creative team than has previously seemed to be the case.

It’s only a small thing, but up till now, The Portal has been mainly concerned with setting up the basic setup of the book alongside a few dad jokes and a general air of depression over the lot of a Mini-Con.

This month though, it’s part of the narrative, as Highwire explains the situation on Earth is now too dangerous for it to be safe for the Mini-Cons to stay so it’s with “Deep sadness” that he says goodbye as they prepare to leave. Which does add to the general feeling he doesn’t want to be in the book, but it’s a nice touch. 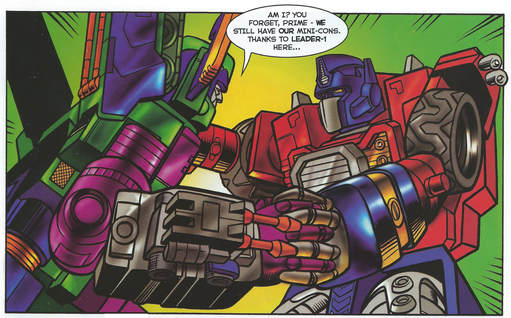 Handy in a fight.
And it’s arguably more interesting that either of the strips. The first, No Way Back! takes an image from the last image of the American Armada series: The Mini-Cons all lined up to go through a Space Bridge in the middle of the desert back to Cybertron. There’s less Mini-Cons here (just the ones we’ve already met) and they’re not going to fight Unicron, meaning it can’t be quite as striking.

In this case, they’re going home for safety. Even though they’ve been willing conscripts to the Autobot cause, Cybertron is a mess and—as Carlos of all people points out—the Autobots are basically going to lose without Mini-Con partners.

It’s a debate which becomes a moot point as the Decepticons attack, Optimus and Megatron hold hands again (more on that shortly), the Mini-Cons pretend to have left as a trick before coming back, Power-Link up with their partners and see the villains off. The Space Bridge is destroyed as the Decepticons leave, presumably to explain why Optimus doesn’t then force the Mini-Cons to go as planned, which is a weakness as the first issue established the Autobots don’t need a physical space bridge and can zap in and out easily with the transmitter on Cybertron alone.

It’s the slightest of issues, but romps along and is jolly enough, it’s just not one to stick in the mind. Wildman continues to struggle on art, we get our first example of his modern trope of not drawing mouths on background characters and his take on Starscream’s alternate mode is so far off as to confuse the colourist. However, some of the poor composition of the fight scenes may well be down to outside constraints as (again!) I’ll discuss later. 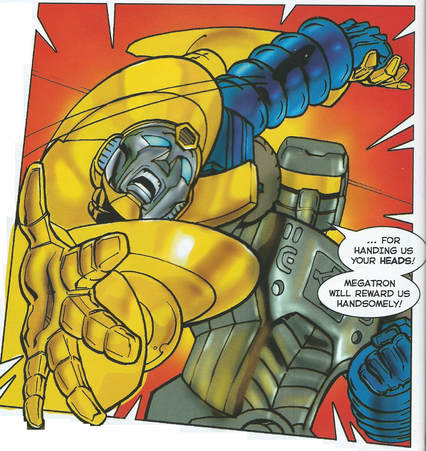 Leader-1? Leader Do One more like.
Our second Tales of the Mini-Cons... also takes a visual from the American comic, but from the other end of Furman’s run as his opening two parter in issue 6 and 7 also featured a Mini-Con break-in to the Decepticons base in the former mining town of Silver Ridge, North Dakota.

Here, Sparkplug is determined to defy Prime’s orders and free the Decepticon Mini-Con prisoners. And they successfully make their way to their former comrades’ cell... only to be grabbed by Leader-1 who it turns out is a willing partner of the Decepticons, as are the others. Effectively removing any ambiguity or shades of grey from their plight and firmly making them baddies in a way they were not in the American series or even the cartoon.

There is something of a harder edge than usual though, the other Mini-Cons on Sparkplug’s team are reluctant to go “Back into the lion’s den”, having seen torture and manipulation in Decepticon bases before, making the brief moment where they are betrayed and look trapped more unnerving than you might expect.

But escape they do, and as Rad brings the Autobots in a shuttle to come pick them up, we’re resolutely told the other Mini-Cons are a lost cause.

It’s another slight but perfectly fine, but that moment it touches on darkness means it stands out more.

The big thing to note though is we get Lee Sullivan on art. And him still being someone who works in the kids comic industry means we get a much higher standard than Wildman has been giving on the lead story.

Highwire really does want out of this comic.
But there is one thing that is very apparent after four issues and as many artists. There is a clear editorial mandate, possibly coming via Hasbro, about the violence that’s acceptable in the series. I’ve already noted how Optimus and Megatron are constantly holding hands every time they confront each other, but characters do repeatedly pose at each other.

It’s also clear now that firing armaments in vehicle mode is fine, but using guns as robots is something of a no-no, hence the absence of Power-Link features and one moment in each of the strips in this issue where characters generate lightning from their bodies instead of using weapons.

This is creating a rather severe limit on the action scenes in this action comic. Perhaps aiming for something more light hearted and comedy based like Rescue Bots would have been the way to go?

The free gift is a disc blaster, a phrase you’ll be hearing repeated in multitude of ways as we go along from here.

It can't just be me, can it?
In terms of bonus content, we get: Awaken the Mini-Con!, where Rad has been left in charge of the Autobot base(!) and has to decode a message to from Red Alert to find out which Mini-Con has been recovered (it’s Runway); Data File 7 and 8 looks at Hot Shot (future Autobot leader material apparently) and Jolt; Protect the Space Bridge! is a colouring spread based on the lead strip; the double poster is of Megatron (actually firing his robot mode weaponry offensively in a way he hasn’t in the comic yet); Demolishor’s Combat Training! sees him set various tests to see if you can make the team as Megatron hates time wasters; Win Demolishor! is then perfectly timed to let you get your hands on this drill sergeant if you can identify a close up of Megatron; the Robinsons Fruit Shot spot the ball is back (with it on the next issue page this time); Mini-Con Robo-Race! is a spot the difference using some art of the kids on their Mini-Cons loosely based on the opening to the last issue with a prize of an Air Defence Mini-Con team.

On Hot Shot’s Hot Mail, the Autobot is worried about how popular Decepticon drawings are with the readers. But based on one of the hero drawings here this may be a good thing, as Robert Parker from my local town of Stourbridge has drawn Sparkplug with what can only be called a massive circumcised penis. Yellow for the base, grey for the bell-end. It’s quite extraordinary, and even Hot Shot comments on how “healthy” Sparkplug looks, though he tries to pass this off as being about his weight.

Considering the infamous fake letters in the first issue, I wonder if this is another person working on the comic taking the piss intentionally (and only one of the contributors this week isn't from the Midlands), but equally I suppose an 11 year old is the right sort of age to try and slip a knob joke in because there’s nothing funnier than a willy at that age. Or maybe I have a filthy mind.

Either way, I feel quite inadequate.

Next week, back on Friday, the Air Defence Team appear alongside their completely un-phallic looking combined mode. 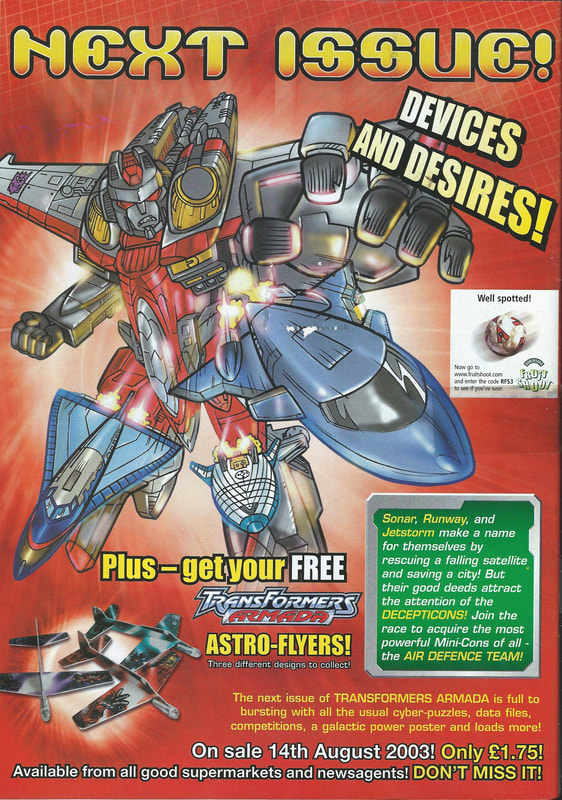