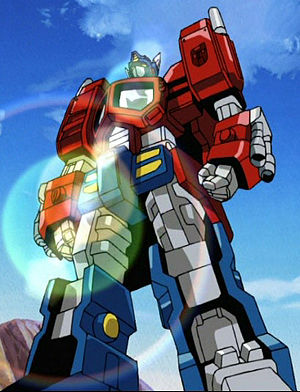 Prime from the end of the first episode. Eventually.
I Long to Tell You That I’m Always Thinking of You.


I’m trying my hardest, but no, nothing’s ever good enough for you!


My memories of the Armada cartoon was that it was terrible. But, I still came into this plan to re-watch the opening trilogy with a degree of optimism, I enjoy the similar in production style 2001 Robots in Disguise and I’m now old enough not to sneer at children’s television being childish.

So, I was kind of surprised it was actually worse than I remembered.

The first three episodes largely cover the same turf as what we’ve seen from the UK comic, indeed, the first issue was even more of an adaptation than I thought, just with so many of the bits required to make sense of it (establishing Alexis knew they were going to the cave and why Billy and Fred were following them) cut out.

On the other hand, the trimming meant the comic could get to the good stuff much quicker. The version of the first episode I watched was split into five parts on YouTube (it was actually the Japanese version—which in theory has better animation, but in practice doesn’t look different enough to notice—with the English soundtrack overdubbed) and actual Transformers didn’t show up till the fifth.

The rest was taken up with Rad’s life. Which is a problem because, as we’ve noted, he’s a terrible character escaped from the early 90’s, here to lazily bully Carlos and sexually harass Alexis because he fancies her (which is a detail I’d totally forgotten). It makes it a slog to watch. 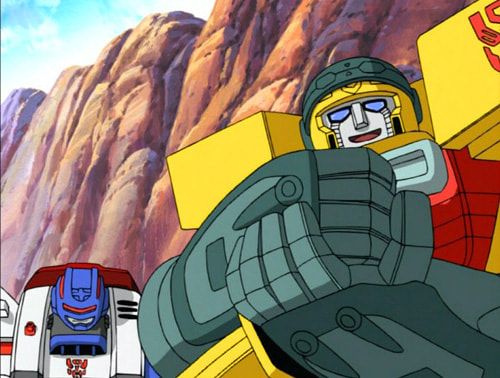 Look how depressed Red Alert is.
When the Transformers do arrive and the show becomes more action orientated for the next two episodes, things improve as the fight scenes are reasonably well staged, including some good gags such as Megatron going nuts with his tank gun. Though equally, I couldn’t find the last five minutes of the second episode on YouTube and when the third started, I didn’t seem to have missed anything. And we get two minutes of Prime and Hot Shot learning how to fist bump in the third.

The killer though is the acting. Many a Transformers has overcome bad writing and animation thanks to a committed soundscape. Here though, every actor (except for some reason the guy playing Cyclonus, who is having a whale of a time) sounds like a bored person reading of a page. Even David Kaye and Gary Chalk, who did so well as Optimus and Megatron in Beast Wars. Maybe it’s the direction, maybe there were time limits, maybe even the different techniques required to dub an existing show rather than creating your performance from scratch didn’t play to their strengths. Either way, it makes for a painful listen, and makes you glad the Mini-Cons are mute and only communicate by beeping.

I’d expected to write a lot more to be honest, but the show, at least at this early stage (its reputation is it gets better, but my ears can’t take going to the end), doesn’t really stand up to it. It’s certainly the weakest Transformers series made up to this point, and only its two direct sequels can offer it much competition on that score. Somewhat unexpectedly, the UK comic is superior to the source material and if nothing else, Furman deserves credit for making a better go of it.

Next week, again on Thursday as I’m off on more travels, back into the portal! 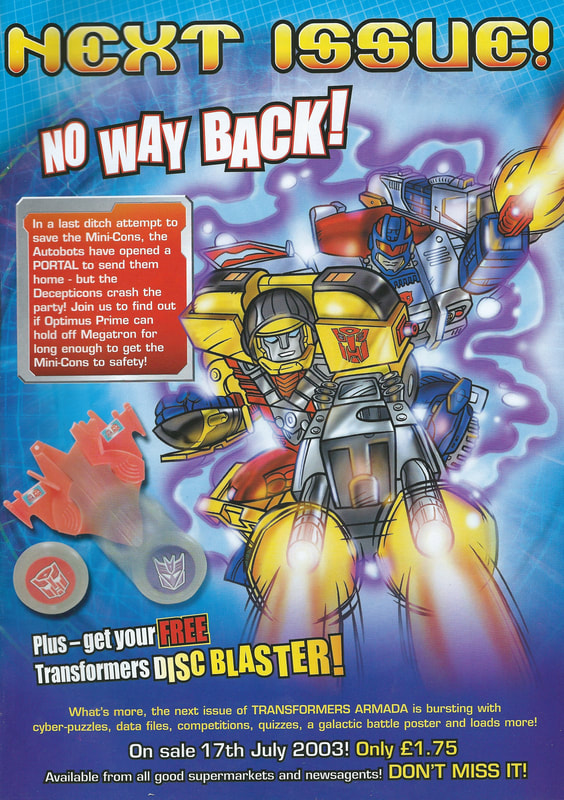