A Friend In Me. 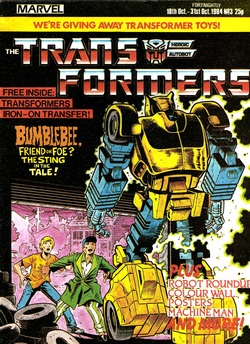 ARGH! It must be the Russians!


Issue three (which, for those keeping track reprints the first half of US issue #2) sees the arrival of two important things in the book. The first is the arrival of Jim Salicrup on writing duties, who'll go on to write the rest of the initial arc that will take us to issue #8. Not an especially famous name in Transformers fan circles (though at least he manages a half coherent entry on the wiki unlike his predecessor Ralph Macchio who only gets a combination of half arsed gibberish and Karate Kid jokes), but an important one as the perceived poor quality of his little mini-run will lead directly to Bob Budiansky taking over on writing the American issues, as we'll see.

The second is the first completely gratuitous exclamation mark in a story title, which will, wonderfully, almost immediately become standard. Indeed, technically it's the first issue with a proper story title of any sort, because whilst everyone refers to the first story as The Transformers that was through the use of the franchise logo that opens the first page of every story.

The change in writer is, perhaps surprisingly considering it's still very much in the then Marvel style, fairly obvious. After the breakneck pace of the previous two instalments things slow down considerably. A full half of the issue is given over to a Decepticon raid on a nuclear power plant to get the equipment they need to build their new base. This sort of straightforward theft was bread and butter stuff to the cartoon but would go on to be a fairly rare occurrence in the comic and it gets far too much attention in relation to its overall importance. That said though, there's a lovely little moment with Ravage being all sneaky, he's a character the American issues will reduce to a growling grunt so it's nice to see him showing his smarts and talking here.

After this diversion we finally make it back to the main plot and follow up on Bumblebee's plight. The way the story has been structured is actually very odd. The obvious way to have done it would have been too open the series “cold”, telling the story from the human point of view so that the exposition could have been more naturally worked into the narrative as we learnt about the robots and where they came from at the same time as the audience identification characters. No version of Transformers would actually follow this fairly standard technique till IDW began their comics in 2005, presumably because of the need to focus first and foremost on the toys. Thankfully both the films and Prime followed suite as the pace will again sag as Bumblebee has to explain things to Sparkplug and Buster we've already seen.

Ravage in early non growling mode.
Despite the exposition Sparkplug's hesitance in helping the Autobots develop their own fuel is actually nicely played and a refreshingly realistic approach to his cartoon counterpart who spent most of two years as a cheerful grinning loon in a hard-hat. Comic Sparkplug will wind up going all over the place personality wise over the next five years (and get through two first names) but here at least is a likeable grouch.

The younger humans are more of a problem though. When Jessie and O run into Buster driving Bumblebee back to the Ark (though for some unstated reason they give up and go build a radio instead) the closest they can come to a pop culture reference a teenager might make is O talking about an already cancelled TV show. That's Incredible!, which I'm guessing never made it over here?.

This begins a long standing trend of kids in Transformers fiction talking and acting completely unlike any real people that age ever has. It's not just a problem unique to this franchise by any means, and mostly stems from the bulk of the stories being written by middle aged middle class (and frequently British) guys who have no real idea what cool young (American) teens are like. It's only a small sign here, but it's the beginning of a slippery road that will lead to the eminently punchable Verity Carlos in IDW's material (the main big sucky thing in the otherwise crotch-throbbingly good Last Stand of the Wreckers). 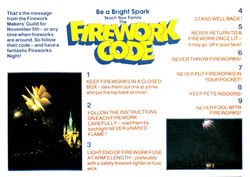 Firework safety.
Amongst the rest of the issue there's four things of special interest. The first is a guide to using fireworks safely (this issue going off sale at the start of November) that feels like something off Blue Peter and adds to the community portal feeling of the book. All it needs is that chap who was burnt in the Falklands to turn up and scare the crap out of the reader with warnings of the danger of messing with fire.

Second, we get our first ever fact file, covering Hound. It's only a few lines taken from the back of the toy rather than the full on A-Z format we'll enjoy in years to come but even in this simple format the importance of these things can't be understated. Poor old Hound is a character who will go on to do almost nothing over the Marvel series, these little biographies give him and others like him the chance to have the fully rounded personalities their in-fiction counterparts would never be lucky enough to receive. That's a large part of why Transformers succeed but something like Gobots (or, as this is a UK guide I should probably say Robo Machine) failed is that kids were never just buying a toy, even the most obscure and unsung of them was still a character.

The third is that this is the first issue in my collection that suffers from a frequent problem in collecting old British comics. Writing! Not only is it hard to find copies of any title of this period the newsagent hasn't written the name and address of the subscriber on, but there's a good chance that any competition forms that haven't been removed will still have been filled in. Here The Great Transformers Give-Away (illustrated by a yellow Cliffjumper) form has been filed in by the little sprog who owned it. So Patrick Goddard, formally of 9 High Street Penarth, if you've come across this after Googling yourself I just want you to know you're a dick. No one has Windcharger as their favourite Transformer. NO ONE.

Actually, there is something fairly odd and stalkerish about being able to find out peoples addresses and interests from close to 30 years ago isn't there? No wonder so many fans are maladjusted (though of course I'm not, I'm perfectly normal. As normal as anyone who has just berated a small child across time can be anyway).

And finally, a rather wonderful cock up regarding one of the two posters included in the issue. Both are rather low res screen-grabs from the early TV commercials, but whilst the Optimus Prime one features everyone's favourite Autobot leader, the “EVIL DECEPTICONS” one is of... Jazz and Prowl. Whoops. A pity we're a few years too early for the VVH to be used on the dumb stubbies responsible. 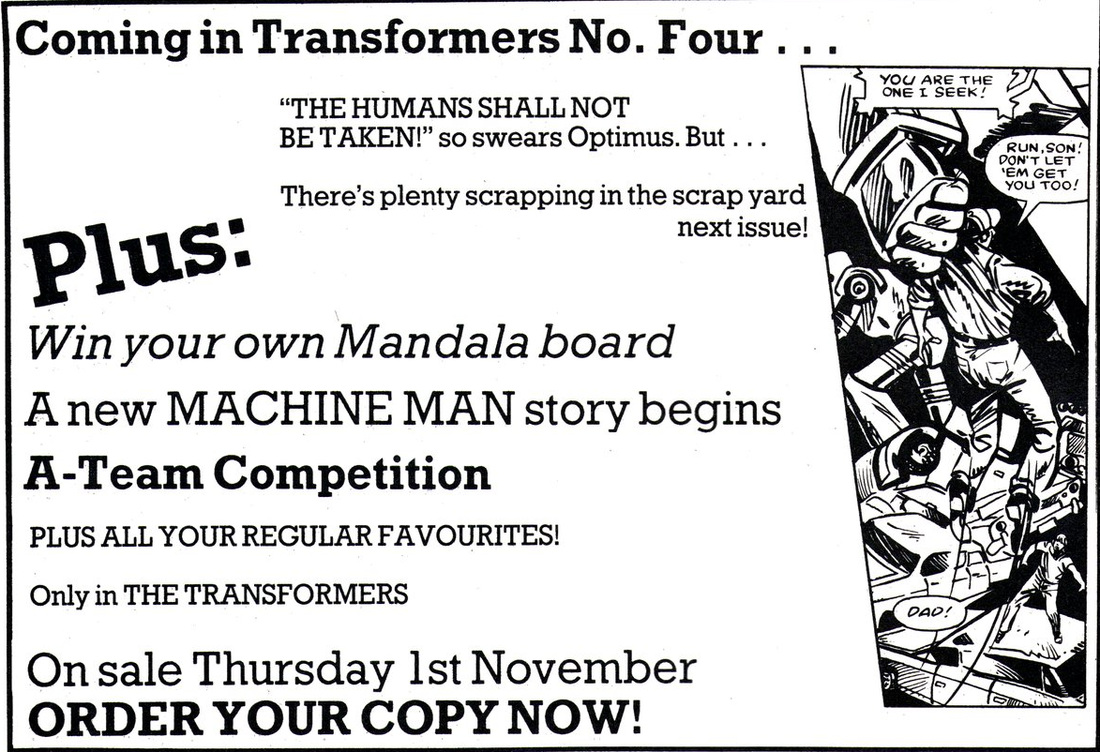