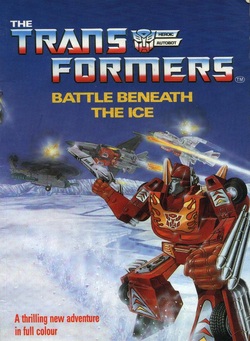 
Transformers was of course far more than just a comic/cartoon/toyline, at its peak when the franchise was a true cultural phenomenon it reached its tendrils into just about every mixed metaphor pie it could. From slippers to audio tapes, even kids who weren't huge fans would have found it impossible to avoid owning at least a few bits of secondary merchandise.

We've already talked about the Ladybird books, but alongside these were a variety of Choose Your Own Adventure style books from Corgi, which generally aren't as well remembered. I'll be willing to bet those of you of a certain age read at least one of them as a child but if you were to look at the TFWiki (and as I don't have scans of the book myself I must cop to, ahem, borrowing the images here from the wiki so hats off to those guys) page for the series you'll be surprised at how many were actually published.

Today I'm going to talk about the Corgi release that is a bit different from the rest of their output. Partly because it’s a large format storybook rather than a Find Your Fate style paperback, partly because it’s the only one I owned (and loved), Battle Beneath the Ice. Written by Dave Morris, who seems to have done all the Corgi books, and illustrated by Nik Spender in what seems to be his only Transformers work, making this one of those rare British publications with no crossover with the local comics at all.

The main thing to note about this book is that the story is rather blatantly a non-Transformers idea Morris had into which he's stuck the robots. Two children visiting their parents at an Antarctic base get involved in the discovery of an ancient underground city populated by seemingly nice advanced humanoids, but who are in fact evil robots who want to take over the world by forcing two enemy groups to fight so they can study their techniques and steal them, but one of the boys arranges for them to download a silly kids cartoon instead resulting in them acting like a non-copyright infringing Bugs Bunny rather than evil warlords.

Replace the two opposing armies with Americans and Russians (and at one point an American character does assume their plane has been shot down from a Russkie base) and there would be no need at all for the Robots in Disguise to be in the book at all. 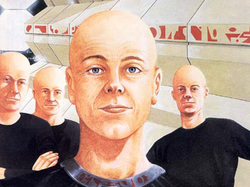 Annoyingly, the Wiki also got in first with the Picard joke.
However, having decided to stick Transformers in his Invasion of the Patrick Stewart Robots idea Morris does at least play them to the hilt. Hot Rod and Ravage are the two main Cybertronian characters- there are Aerialbots and Combaticons present as well but, other than learning Skydive can touch you really gently, they're just there for the fight rather than to be characters in their own right- and the plot is carefully geared to work around their personalities.

So Hot Rod makes friends with the human boys easily, and is also impulsive and intuitive enough to not take things in the city at face value and to team up with Ravage when the need arises. His impulsiveness also leads to him accidentally shooting one of the City people when trying to take out Ravage, which leads to one of the main clues as to what they really are as his guns should only work on robots.

Ravage meanwhile is very much in his early Marvel mode, and could have come straight from hanging out with Windcharger. As Ravage was one of the highlights of the early issues this is a good thing, and he gets to be both sneaky (having secretly filmed the robots plotting with one of the humans- named after Nyder from Genesis of the Daleks- and swapping the actual recording of battle tactics for the cartoon) showing off his nicely wry sense of humour, meaning he and the more straightforwardly honest Hot Rod quickly establish a nice odd-couple relationship. 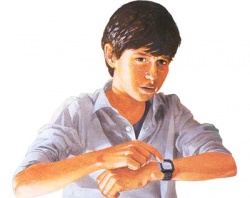 "KITT!"
What's also interesting is this is one of the very few stories to be set in that vague and poorly defined period between the "present" and the movie. Depending on how pedantic the robots are about the start of the millennium (which is described as being a year away) it's either 1999 or 2000, probably the later as they're exactly the sorts to have spent the build up to 2000 going "It doesn't really start till 2001 you know" in that most joyless of ways.

Unlike a lot of attempts to predict the turn of the century in '80's fiction (including of course, the third season of the cartoon) this doesn't go mad on jet packs and jump suits and the only concessions to the future setting are the implication of a more unified Europe (fairly accurate) and a TV in a wrist watch (for which it was about a decade out, and even then we put our telly's in our phones rather than on our wrists). Other than that it could just as easily be set when it was written, which of course makes it the most accurate prediction of the 21st century ever made by 20th century Transformers fiction.

It's not all good though. Whilst the fact it's very much aimed at younger children excuses the straightforward writing style (though there's still the odd nice flourish in places) there are still a couple of very underdeveloped ideas in here. Most obviously there are three boys- Jeff, Bill and Neil even though the book would work just as well with one of them. Jeff and Neil have an antagonistic relationship, but this is mentioned once before being completely forgotten and Bill is just sort of there. 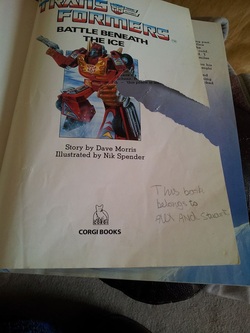 My own copy, not Alex's!
The art is fully painted and generally great looking, even if it being extremely toy based results in some odd images of jets with robot bodies hanging off the underside. That said, toy based Hot Rod's vehicle mode looks surprisingly snazzy. What's also sweet is that Spender has clearly drawn the humans by getting his friends and family to pose for the illustrations, imagine how much fun it must have been to be a ten year old boy and getting to be in a "proper" Transformers story. Indeed, if Spender happened to have three sons we may have an explanation of why there are three boys in the story.

All in all, this is a fun little book that still stands up well as something you could give a young fan to read today. It's unlikely to ever see the light of print again, but anyone with a slightly nostalgic glow won't be let down if they go hunting on eBay.

Come Friday we're kicking off 2014 by jumping back to the tail end of 1986 as we finally get to ask the question: Who's better? Ultra Magnus or Galvatron? There's only one way to find out... 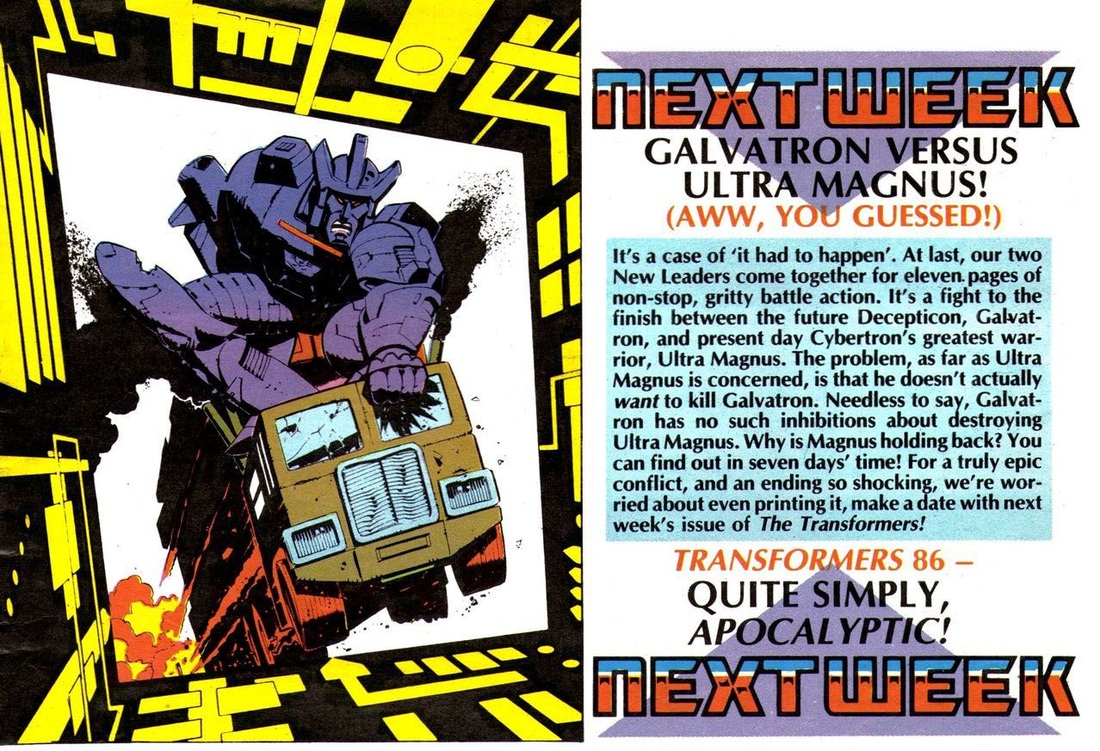