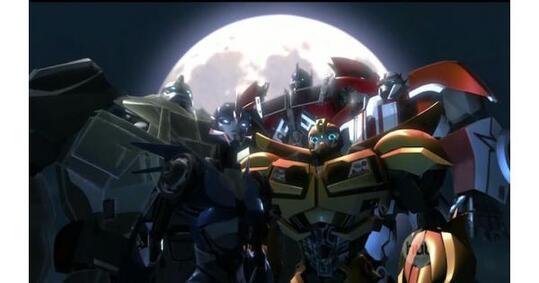 
If Animated seemed an odd choice of direction in the aftermath of the first film (though one that was ahead of its time now we’re in an era of different styles of Transformers media aimed at different people), Transformers Prime would either be more sensible or play it safer, depending on your point of view. It very much is the kids cartoon of a film of the sort you would have gotten in the mid 90’s.

So, writers of the first two movies, Kurtzman and Orci, are aboard as producers, and the series is effectively the set-up that exists between the first and third films: Autobot refugees from the dead planet Cybertron working from a secret base in cooperation with human authorities (though surprisingly there’s no NEST, the show preferring on have one adult human representative in Agent Fowler and to otherwise focus on the kid sidekicks) to contain the threat of the Deceptions who have equally washed up on the planet.

And the main theme is basically “We can’t afford Steve Jablonsky, but give us as close to his main title as you can without being sued”.

It even, as part of the first Transformers show to have a big casting budget (the Rock plays Cliffjumper for two minutes as a gag), brings the film voice of Optimus Prime back to TV for the first time in a quarter century. It also pre-empts his replacing of Hugo Weaving in the fourth film by having Frank Welker as Megatron again after a similar gap. 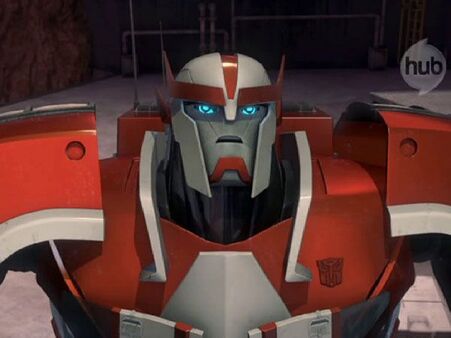 The absolute unit.
With the five part pilot all airing on the same day in one go, this CGI series effectively began by presenting itself as a new, cartoon film.

Perhaps surprisingly, considering the curtailing of the popular previous show and the move towards Bay style, the new series was initially very well received by fans. And with this opening movie, it’s quite easy to see why. From the opening action scene of Cliffjumper running into a Decepticon force led by Starscream (played by Steve Blum having the time of his life), this show is gorgeous to look at and manages to combine fun with the fight, before taking a darker turn as Arcee (and this is the first time an entirely new Western continuity has launched with a female character, and she’s great) loses her partner.

Across the next hour and a half, the dynamics of the two teams are well introduced, the plot to revive an army of zombies with dark energon and bring them over from Cybertron is an excellent McGuffin chase and the three kids—Jack, Raf and Miko (though Jack’s no-nonsense mum June is probably the main draw for older fans)—are all actually likeable, fun sidekicks to their various Autobots.

Two particular things stand out for me though. The first is Jeffrey Combs as Ratchet. As part of the general taking of things from across the franchise (we also get Bulkhead), he’s very much in the Animated grumpy old man mould, but played by an actor who is able to bring more depth and subtlety to his performance, even when doing fairly one note comedy stuff. He’s rather brilliant, and it’s basically impossible to read any Ratchet in the comics without hearing his voice.

The other is Welker as Megatron. I’m not a huge fan of the original cartoon version, I think pretty much every other Megatron is more interesting. But rather than simply recreate his 80’s performance (which he could easily have done, as show by the fact Fred from Scooby-Doo still sounds like Fred), he’s clearly taken some influence from Weaving and produces a deeper, more gravely voice that has a lot more menace and oomph to it. 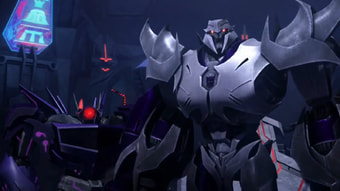 More units.
As, in keeping with the Bay influence, the character is only introduced at the end of the first episode and written out again at the end of the five parter to not be seen again for a while, he needs to make an impact with relatively little screen-time and the new voice does it well.

Also making an impact is Cullen as Prime. Though of course we were more used to his deeper voice from the films, he still makes a magnificent big space dad, with the sensible and fun option taken to make him the straight man to the more eccentric Autobots around him (Bumblebee doesn’t talk in song, but he does do a lot of R2D2 beeping).

So as an action adventure pilot TV “film”, it’s hard to argue that Prime doesn’t get off to a great start. More surprising perhaps is that these days fans tend to be down on the whole series.

This might be because some of the changes brought in by the third Beast Hunters season aren’t great, or perhaps that over time the limitations of TV CGI became more apparent with a lot of empty deserts in this show. Or that the slightly more fun and irrelevant sequel and spin-off shows appealed more to people missing Animated.

Though the fact this has sequels and spin-offs does say a lot. What used to be called the Aligned continuity (though as a name that seems to have been quietly dropped) is still going strong a decade later. Rescue Bots, Robots in Disguise, Cyberverse... the cartoon franchise has never been in such rude health. And it all starts here.

The question is, does the comic start off as well? 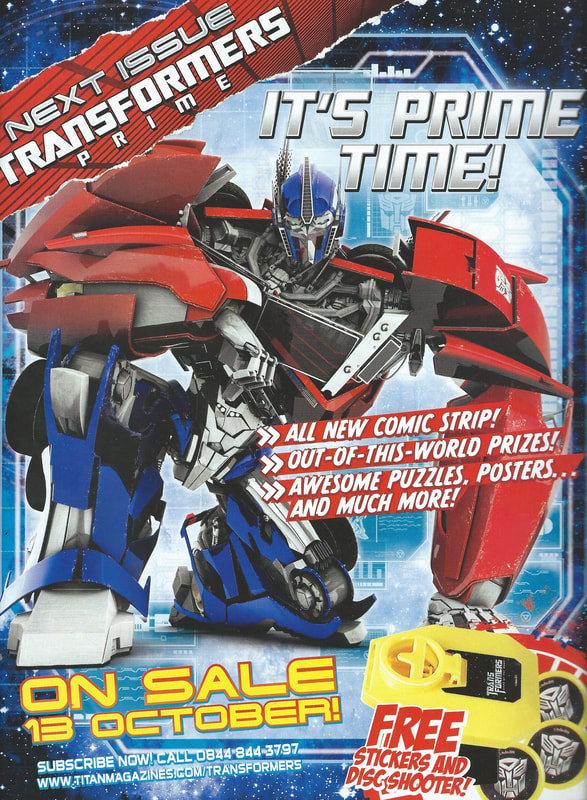