That's a Bad-Ass Monkey Boy, and He's Packing a Gun. 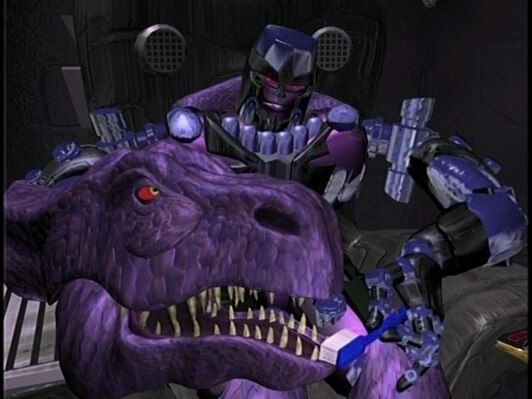 
I talked during the first Interim Years piece about how Beast Wars was, to a certain extent, a last roll of the dice for Transformers after the relative failure of Generation 2, handled by a different group of people at Hasbro (the former Kenner toys) and very much an attempt to revamp and reinvent things for younger 90’s children.

The keystone of this was the three year cartoon. The first all new Western Transformers series in a decade, and the first after Batman: The Animated Series completely reinvented the genre.

There were two, big key decisions made early on that would set the direction of the show. The first is the hiring of Mainframe to produce the show. They had just started on the ground-breaking ReBoot, the first all CGI kids series, and would bring a similar look to the new show. And this was vital. Not just because CGI is a good fit for robots. But because, as amazing as it was at the time (and as quaint as it looks now), the budget and difficulty of those effects gave the show limitations that worked to its advantage.

There are many, many more Beast Wars toys that were in the cartoon, as we’ve been seeing in the comic. But creating CGI character models is expensive and time consuming, so the show does not go down the G1 of shoving everyone in. It’s the first Transformers series with a tight, focused cast by necessity. Which means almost everyone, bar perhaps Tigerhawk, introduced right at the end of the series, get development and personality beyond anything the original series could. Even a grunt like Scorponok gets a lot more time and effort put into him than all but a handful of the Generation One boys. 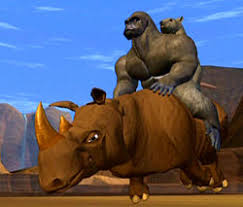 Also the show in a nutshell.
Add in an incredibly strong core of voice actors led by the most prolific Optimus and Megatron actors, Gary Chalk and David Kaye, and you have one of the best ensembles in the entire franchise. The noble and conflicted Dinobot and his difficult relationship with Rattrap being the arguably highlight, but everyone is pretty much on fire for the whole show.

Indeed, I will go as far as to say that, ironically for a character who is a fanboy of the original, this is the definitive Megatron. Camp as Christmas, mean as a junk yard dog, he makes the original look like... well, like a stock 1980’s cartoon villain.

The other factor was who was chose to run the series. Bob Forward and Larry DiTillio. Both had long CVs going back to He-Man and were extremely experienced writers, clearly excited to create a whole new show from the ground up.

But the late DiTillio is especially important because he’d just come off two years of script editing Babylon 5, the genre changing SF show of the period. That did big epic story arcs spanning thousands of years in a way US TV had never done before. He might not have parted from the show on the best of terms, but it was clear that just going back to doing typical Saturday morning fare was not going to be enough. And this influence is most obvious on Beast Wars with the Vok, mysterious advanced game playing aliens who are pretty much just the Vorlons without their toilet seat suits.

Indeed, if you’re a Beast Wars fan who hasn’t seen Babylon 5, you could do worse than checking it out.

So, you’ve got a great and well developed cast of characters and writers who want to push the envelope and create a big swirly epic of a series. Both creators have talked about how they’d not intended it to be part of the original franchise and it was only fans jumping on a reference to a previous war in the pilot that made them decide to explore the history (including bringing Primus out of the ghetto of the comic), but I think that eventually they would have latched onto a wider tapestry regardless because that’s how their inclinations went. 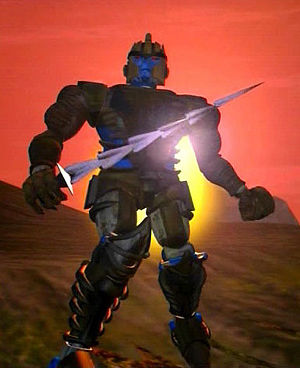 For Claude.
The show ran for three seasons, the first being the longest and more typical of usual kids TV as it had the space for more stand-alone and even sillier episodes. Which is another thing many fans who spent the following years clamouring for a return to “Serious” Transformers, this was a series that had a lot of ridiculous humour to it. Great sight gags, references, gratuitous violence to Waspinator and even an entire episode about farting. This was a show that could do the silly and the serious equally well.

The shows peak is probably the second season, after the characters realised they had been on prehistoric Earth all along and the show became a fight for the very future of humanity. It’s certainly the season with the two stories that people especially remember.

The first, Code of Hero, is the episode where they kill Dinobot. The Predacon turned Maximal who had wrestled all season with the fact his reason for deserting Megatron—that he’d failed to take them to Earth—had turned out to be false before coming down firmly on the side of the angels, had been one of the most complicated and interesting characters in the entire history of the franchise. It’s an episode that starts with a stark scene of him contemplating suicide and builds to a heroic self-sacrifice in order to protect the valley humanity will emerge from, with almost all of the last ten minutes given over the a death battle that would make the grandest of operas envious.

It’s amazingly done television that punches you in the gut every time, but at the same time still has a feeling of hope to it as Dinobot does find peace and acceptance with himself, even at the end.

The other iconic story is the big three part season finale The Agenda, where Megatron finds the Ark still waiting to wake up thousands of years later. And when an older Ravage also travels back in time from Cybertron and we get a message from the original Megatron (played by Gary Chalk as the attempts to get Frank Welker—including going to his house and recording him there—failed. David Kaye would return the favour by playing Prime in Animated), it becomes a full one Generation One crossover, ending with an amazing cliff-hanger of Megatron killing the original Prime and destroying history itself.

Which, if you watched in the UK, was where the show ended as GMTV never showed the final season. 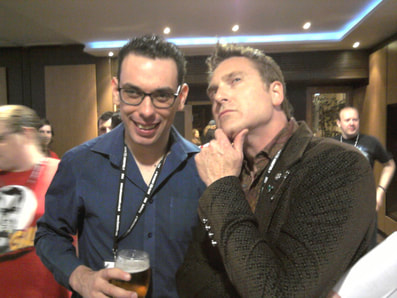 Meeting David Kaye in 2011!
Season 3 is the weakest I find, there’s more awkward toy promotion, some of the character arcs aren’t as satisfying (TM2 Cheetor is as annoying as any real teenager) and the new “Defend the Ark” format is somewhat limiting. On the other hand, it still rattles along well and the big concluding two parter (the second half of which was Simon Furman’s return to the fold and effectively launched his animation career) wraps things up in a nicely elegant way.

Overall, despite looking very crude now, Beast Wars is a vital lynchpin of the franchise, really showing the cartoons could do so much more than be daftly entertaining. It also ensured Transformers would never really go away again. Indeed, even now with series that have developed the brand further and bigger, new fans who weren’t even born when it aired are still discovering and loving it. With a special shout to Claude from Twitter, who devoured the whole show (and its beyond the remit of this piece as it never got a comic sequel Beast Machines) in something like a week and is now preparing for a Dinobot tattoo.

And it really is a show that works on multiple levels in a way Transformers, the balancing of comedy and drama is really something only James Roberts would do as well on the later comics. It may have been born out of a period of desperation for Transformers, but it wound up not only saving it, but redefining it in ways that are still being felt today.

Next week, it turns out you can’t go home again. 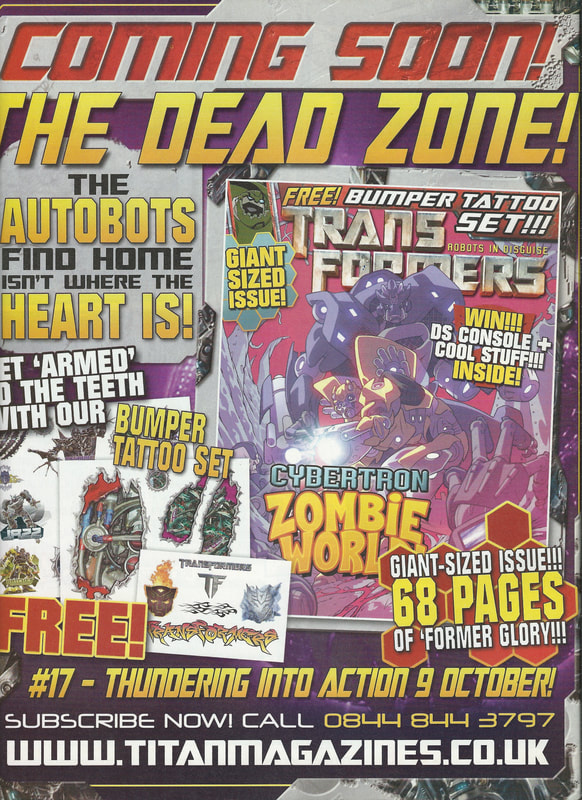