We Gotta Do This Together. 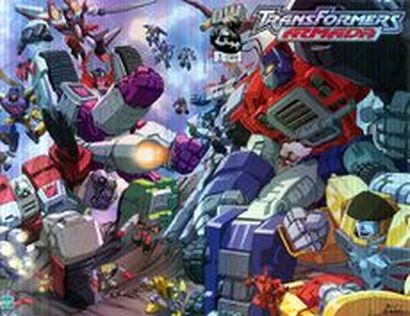 
Watch yourself, unless you wish to rejoin the Destruction Team in the Punishment Cube.


As I discussed during the Interim Years piece, Dreamwave was initially insanely successful, producing the top selling comic of the time. But perhaps it’s what they did with Armada that is most striking in retrospect. Making some form of Generation One the centrepiece of your comic line is basically standard, but in an era where IDW’s attempts to tie into the films and more recent cartoons have been rather lacklustre, DW managing a toy tie-in that would (collectively with Energon) last 30 issues before the company went bust and would start of as a top ten selling book seems pretty extraordinary.

Armada was also the first time a Transformers comic was starting completely from ground zero since the first Marvel issue, building its mythos from right off the bat without being able to rely on at least a basic G1 knowledge.

I’ll talk more about Chris Sarracini’s opening five issue run when I cover its partial reprint in the British Annual, but it’s strong, bright and breezy stuff that makes such a strong contrast to the same author’s series that launched the Dreamwave era (where Megatron does things like stomp down on a guy having a piss because it’s edgy and grimdark) it’s easy to believe the claims that did the rounds at the time that the plotting of that mini was in other, Pat Lee shaped hands.

It does have to be said that the two issues in the arc after they arrive on Earth feel like a shift in tone towards a more kid friendly book, but of course, it’s easy to forget that’s exactly what it was, and there’s some good silly entertainment to be had. 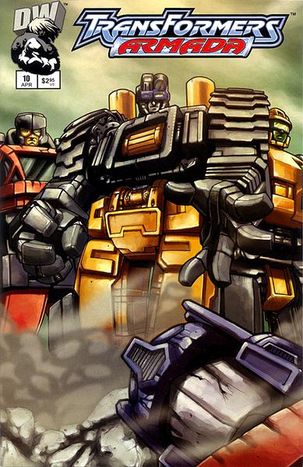 After the five issues that set up the format, Sarracini departed Dreamwave for reasons that have never been clear. It’s possible he was the first victim of the behind the scenes shenanigans that would destroy the company, but if he had fallen out with them it was a wound that healed as he was all set to return after the Brad Mick gestalt had jumped ship, just before the final collapse. Hopefully someone will track him down for an interview one day.

Whatever the reason, Furman was parachuted in from issue six, starting with a not very good Star Sabre two parter that was drawn by Pat Lee. Furman himself has said it was initially just a job of work that he had to warm up to, and it’s fairly obvious in this very thin one issue at most story.

However, with the next arc, a four part story as all sides converge on a secret Mini-Con base on the moon, was much better. I think as a writer, Furman in the modern era is at his best when he isn’t trying to prove himself as someone who can still cut it, and instead lets those insecurities go and just has a bit of fun. The action is good, the plotting tight and there’s some nice double crossing and backstabbing from the various Mini-Cons, who are more conflicted and nuanced than the British series is presenting them as.

It also gave us our first art from the brilliant Guido Guidi, who has become (just about) the longest serving artist of the modern TF era, lasting till almost the end of the current IDW continuity and just beating Alex Milne, who would join with Energon.

This is followed by a throwaway two parter about Cyclonus chasing Mini-Cons that led into what was promoted as the main event of the series: A four part crossover with Generation One that would lead into a final issue fighting Unicron before the series rebranded (but, almost uniquely, didn’t renumber) as Energon. 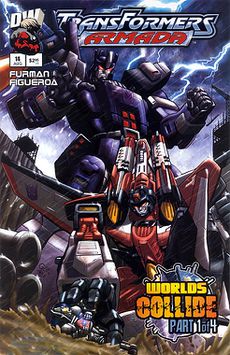 In theory this should be a disaster. Giving over what should be the climax of the series to more popular with established fans characters, not using regular artist Guido but parachuting in “Fan favourite” Don Figueroa as a distinct lack of faith in what the book had already achieved and being the first great thrust of the very silly idea there is only one Unicron who appears in every version of Transformers, something that is thankfully pretty much ignored these days.


However, because this is a book with current toys to promote, most of the pitfalls are avoided. Only six G1 (from a "New” continuity rather than Dreamwave’s own) appear, unnamed and merely there as servants of Unicron, except for the pleasingly left-field choice of Spinister who gets to be the voice of doom on their dying Cybertron (Dirge is also an unexpected pick having been previously all but ignored by Furman, but considering the team is led by Galvatron and Scourge, he’s probably subbing for G1 Cyclonus so as to avoid any confusion with his Armada namesake). And despite their big talk of being heralds of the apocalypse, they’re very much second fiddle to the books main characters.

It’s an especially nice subversion of expectations that, when Megatron and Galvatron meet and fight, Megs more than holds his own and once the Star Sabre comes into the fight on his side, easily kills his namesake.

Indeed, the best part of the four issues doesn’t even involve the G1 characters, but instead is the no holds barred Decepticon attack on the Autobot base when Megatron realises Optimus is missing (having been sucked off through a dimensional rift to a doomed Cybertron), where he effortlessly sweeps through the troops as if they were flies. Though as a sign of how Furman can still mess up his climaxes, the effective moment of Megatron shooting Smokescreen at point blank range in the face whilst in tank mode (and producing a massive explosion) is completely undone by it turning out he survived it and there were no actual casualties from what is presented as a ruthless massacre.

Still, this is, again, a fun story that will be almost certainly be the one older fans check out (it’s the one Hachette decided to reprint before realising they’d fucked up the Dreamwave rights forced them to press more issues into service to fill a gap), and it actually makes a good representative sample of the run.

Sadly, the last issue is terrible, a rushed wrap up where Unicron only shows up for a few pages before waving the Matrix at him blows him up, only notable for the fact that, as the Transformers mobilise their spaceships against him, we finally get an explanation for why the series is called Armada. Unfortunately the book would never quite recover from this, and the Energon follow up, largely still caught up in the legal issues that shut Dreamwave down and unlikely to be reprinted, would never be as entertaining.

However, overall, this is probably the best book Dreamwave did, and amongst Furman’s best modern Transformers work. The IDW omnibus (the same source as the Hachette reprints) sadly looks like the scans were done by a bored intern, but is well worth tracking down for those who grew up with the cartoon, or just want to have some nice undemanding fun.

Next week, the Star Sabre! 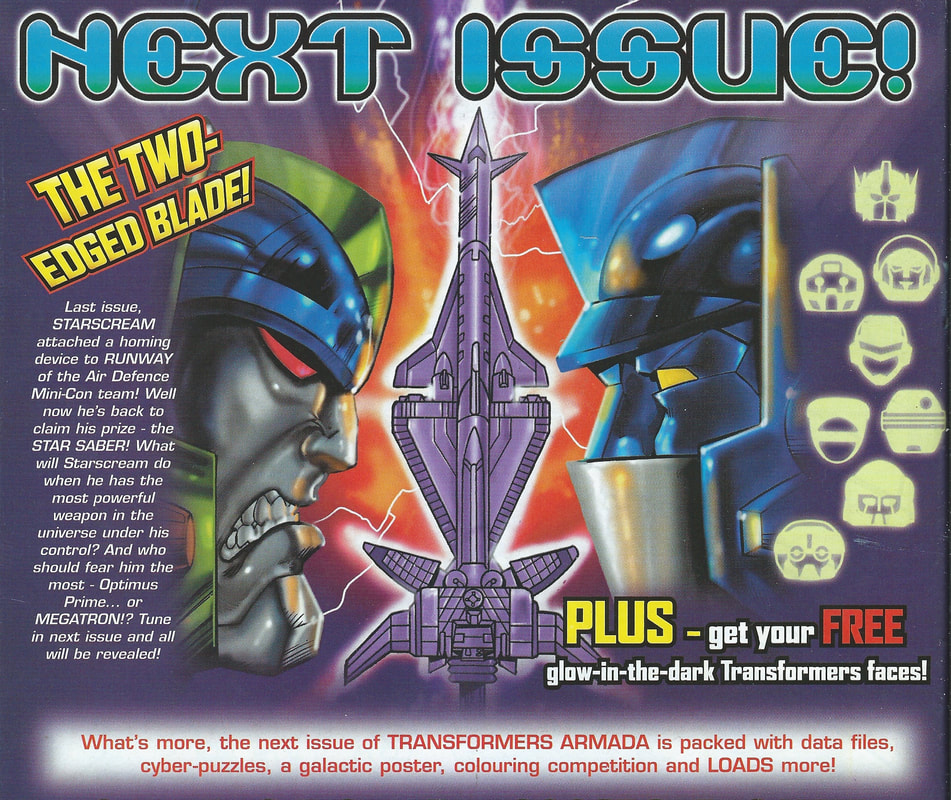