Where’s the Streetwise Hercules to Fight the Rising Odds? 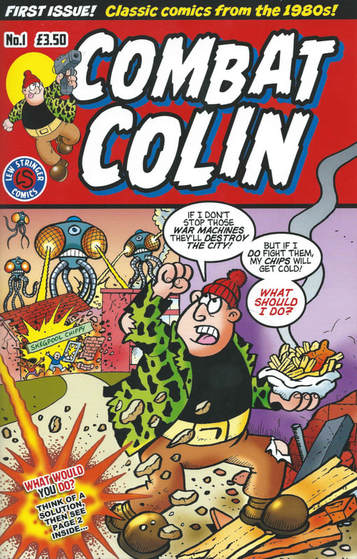 
“Do you think our jokes are as bad as he said Col?”
“They can’t be that bad Steve—after all, they brought the house down!”


As I said way back when Action Force forcibly merged with Transformers, the great advantage Combat Colin had from the perspective of new readers was that all the development and finding of feet the character needed was done in his original home, allowing him to pop up fully formed with none of the rough edges Robo-Capers had as it worked out exactly what it was.

Of course, we’ve seen a little of the pre-Transformers Colin thanks to Ancient Relics! and the reprint of The Mystery of the Missing Pyramids, but I suspect few fans have felt invested enough in Action Force to track down the forty plus issues Colin was in just for the sake of Combat Completism.

Luckily, Lew Stringer is here to save us from having to track down the adventures of everyone’s favourite ninjas. As he’s not only still involved in comics but very interested in their history and keeping information on otherwise hard to find and research UK titles out there. Throw in knowing his audience of 30-40 year nostalgics well enough and it was perhaps inevitable he’s been kind enough to put the work into putting the original Combat Colin stories back out there.

The plan at the time of writing is to collect the entire Marvel run of the character across six issues with appropriate editing to cover appearances by Marvel owned characters like the Doctor Doom one we discussed two weeks ago. Beginning in July 2017 with a first issue containing all of the Action Force material in one handy package for just £3.50 plus postage.

The comic itself is put together to an extremely professional standard. This isn’t just a rag tag collection of scans from old comics, as much as possible Stringer has gone back to the original art, only using scans where it wasn’t available. This results in a very crisp book that’s frankly to a higher standard than many of IDW’s reprints of Marvel (or even Dreamwave) Transformers material. It also has an introduction on the creation of the character, a profile of Colin and notes on few of the strips as it goes along (such as apologising for some very mild sexism in the Combat Crush story). In other words, this is a fully loaded book that is worth it even if you do have the original issues.

The surprise for me diving in was that Colin is actually pretty much as I would have expected him to be. The character designs are a little less refined, most notably Colin seems to have had a nose job at some point suggesting a vanity we wouldn’t normally expect, but otherwise the type of stories are very much in keeping with what we’d expect from his time in Transformers. Indeed, as Transformers started Colin off as half a page, the early strips here in the same format are arguably more representative of what was to come than the full page multi-part epics that make up the back end of the issue are. 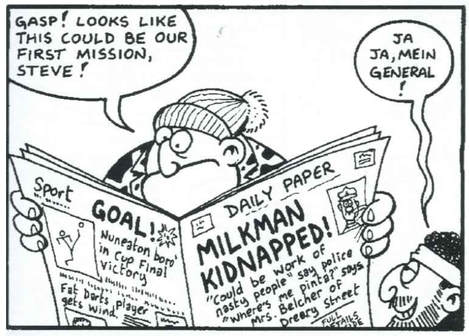 The short lived German catchphrase Steve. (Note, this is a scan done to represent the issue generally on my pants computer, it looks amazing in real life!)
One odd difference though is that Semi-Automatic Steve starts out with a catchphrase, “Ja ja, mein general!”, which is pretty quickly dropped and feels very out of character to the little cheeky chappy we’ll come to know and love.

Otherwise, it feels like this has been something Stringer has been thinking about for a while and it’s more about building up the world he’s already worked out rather than the more usual process of trial and error to find out what works. So we get simple strips of him applying his Rambo attitude to ridiculously trivial situations (a machine gun to swat a fly) to establish his character, followed by auditioning a sidekick (Steve wins by using a grenade on his rivals) and showing off the Combat Shed and Combat Plane before jumping into the first multi-part story, One of Our Milkmen is Missing.

This also introduces Colin’s first supervillain, Doctor Nasty and has some fantastic humour as Colin goes to Evilonian Jungle and patronise the natives even though they’re much smarter and more sophisticated than our heroes. Which is effectively a gag that would be reworked with Bigfoot in the Transformers stories, but it works just as well here.

You may remember I described The Mystery of the Missing Pyramids as a little rough around the edges when I covered its reprint in the main comic, but that really is the exception rather than the rule and just about every other story, from the longest epic to the shortest sight gag is just a delight. By the time the run ends with Colin fighting the three villains introduced thus far before promising readers he’ll be in Transformers next week, this already feels very special.

I think my favourite story in this initial collection is Christmas With Combat Colin, where he meets Santa three decades before Doctor Who, but with more disastrous results. Overall this is of course going to be a must for most readers of this website, but is undoubtedly an essential purchase for anyone with an interest in the history of British comics generally. Or indeed who likes a good laugh. So just about everyone then. If you’re interested in buying THIS is the place to look.

Next week, there’s less laughs to be had as Carnivac’s revenge is complete. Though it will be going up on Thursday as I’m at TFNation across the weekend, taking part in the podcast panel (as a complete fraud) and wandering about under a stack of copies of Transformation 2. Where you can read a lot more about Combat Colin (and buy HERE, oh yes, I am still shameless. On Amazon soon!). 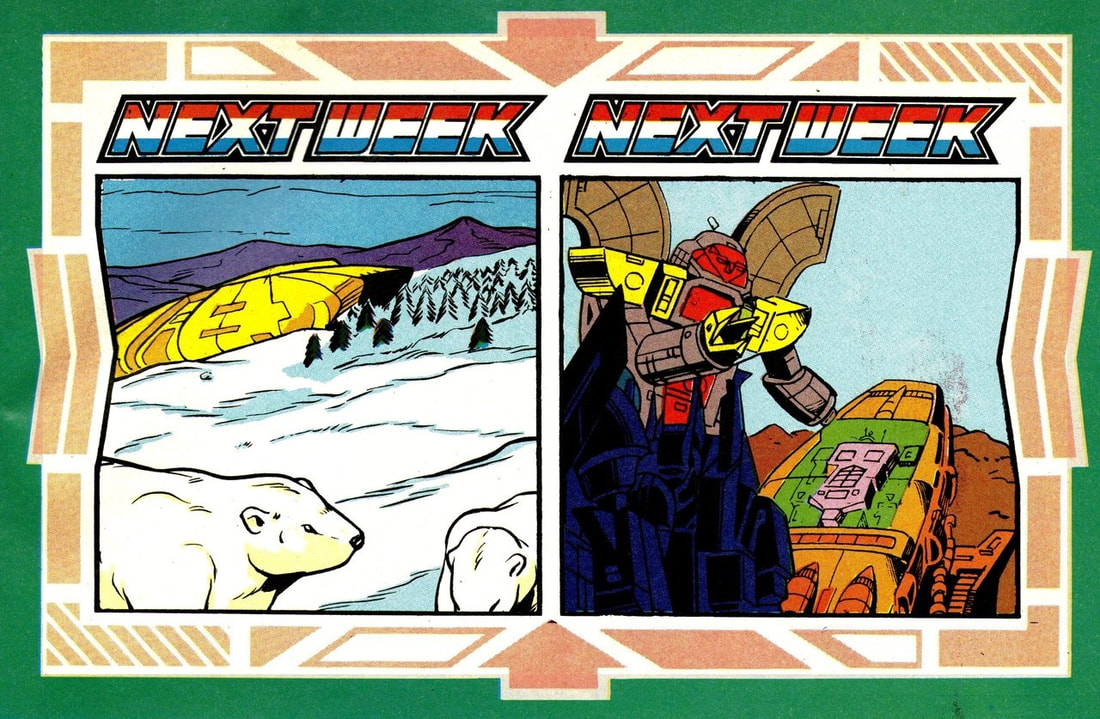