Only the Good Die Young. 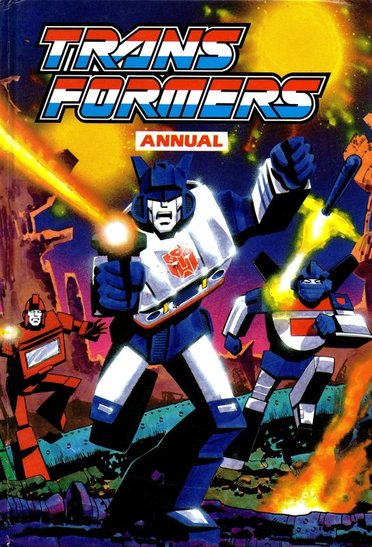 Only the Good Die Young.


Of all the Annuals, the 1990 book is likely the one that’s most easy to overlook. With the series now reprint only, and unlike the final book there’s nothing unique about how the old comic stories are represented, and with no quizzes or story so far recaps its only selling point is the text story. And as, again unlike the 1991 book, it doesn’t have the distinction of being the final contemporary Marvel story it’s also rather easy to forget. Indeed, when I got hold of this book in the early Noughties it was the reprint of a Galvatron story I hadn’t read before that more excited me than the prose, I don’t think I’d actually read it more than once before sitting down with the book today.

This is doing The Magnificent Six! a disservice, but before we get into it, let’s look at the rest of the contents first as that won’t take long. The first thing to note that the cover and the front pieces, by Geoff Senior and Jeff Anderson respectively, are lovely. With the former very much showing when this book was put together as the Classic Heroes (and a cameo from Thunderwing) are very much the focus. 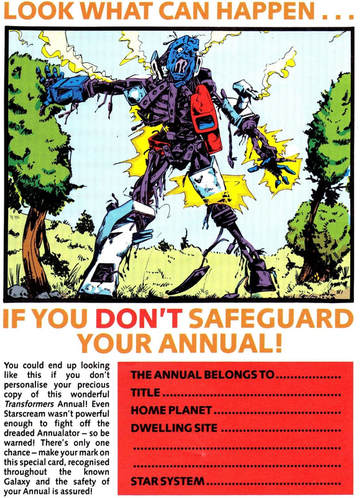 How did they get a picture of me?
The contents page shows this is the last editorial work we’re seeing from Euan Peters, and attempts to claim they have topped last year’s book. In actuality, coupled with the lack of promotion, it feel as if it was thrown together very quickly.

The one, slightly odd, thing to note about the reprints is that the first few “See Issue” boxes (and there’s a lot of them, suggesting that Fallen Angel might not have been the best story to reprint in a book that a lot of people who don’t read the weekly would be getting) now have “T.W.” placed after them. Presumably Transformers Weekly, but it could just as easily be Terry Wogan. Or Tit Wank.

Firebug! (which the contents claim was the result of an enforced brief retirement of Furman) however is actually a good choice for this sort of thing as it actually feels like the sort of silly comic story you’d find in a kids Annual.

The one features page is a guide to spaceships, using art from the comic. Turns out the Ark is the friendliest ship in space.

The only other bonus content is in the shape of new AtoZ’s on the Classic Heroes. These seem to have new art, though based on old sources such as box art (Jazz, Sunstreaker and Prowl) or art from the comic (Wheeljack is doing his pose from the final part of Perchance to Dream). The new profiles are actually quite fun, taking into account the effects being reborn thanks to Galvatron (or working with the Survivors for years in Inferno’s case and becoming a Pretender for Jazz) have had on them. Oddly in most cases it has made them more sensible and responsible. The inclusion of Ironhide does make his absence from the lead story when the rest of Galvatron’s resurrected army are present stand out, especially as Silverbolt doesn't get a profile. 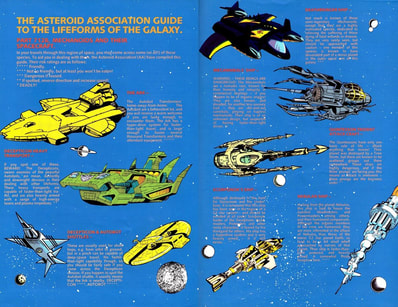 My favourite ship.
The text story itself (and, as there’s nothing else new to break it up, I’ll be talking about it as a whole even though it’s in two parts) is written by Furman and illustrated by the ever reliable Staz. And it may actually be the darkest and most narratively complex story Marvel UK ever did.

We’re effectively presented with two threads, one set in distant past on Cybertron before Prime became Autobot leader (on a blue background) and one in the present day (on a white background) that we cut back and forth between, with the present presenting a mystery only the past can answer.

This being a different sort of story is immediately signposted by it opening with a graphic description of an Decepticon, expecting to be on a simple raid of a neutral town in the ‘Con controlled Stanix area of Cybertron only for it to turn into his own death at the hands of six Autobot heroes—Prowl, Jazz, Inferno, Sunstreaker, Wheeljack and everyone’s favourite Classic Hero, Stampede. I love Stampede, let’s hope he lives a long and happy life. Which results in the grateful locals cheering the team and declaring them The Magnificent Six.

The defence of the town is, as far as I know without being a Western expert, the only similarity to The Magnificent Seven in the story. But what is interesting and shows the level of maturity on display here, is how Prowl is initially worried about how much he enjoyed killing the Decepticons before coming around to enjoying the adulation. 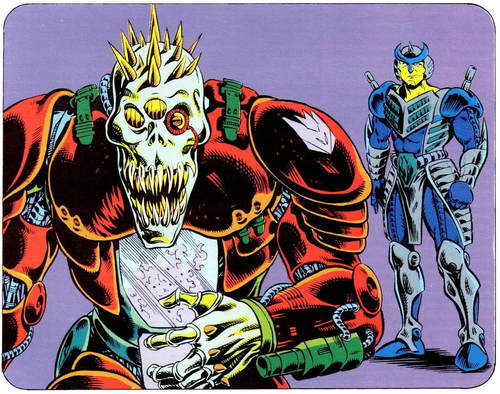 Screw continuity.
In the present (or rather during the desperate hunt for the Matrix), Optimus Prime is briefing five of our six characters (maybe Stampede is using the loo?) and Silverbolt on how he wants them to go and check if there’s anything left of the Underbase that could be used to fight Unicron. What surprises him is how everyone except Silverbolt is scared shitless about going to the neutron bombed area and tries making feeble excuses to get out of it. Something that only adds to his worries when he looks up their files after they leave and discovers that, long before he met any of them, they went on a mission to this area as a team of six and came out after the bombs went off as a five piece.

The next flashback introduces us to our villain: Megadeath. Who is a three eyed Pretender who looks rather like a less evil Longtooth. Yes, he’s a Pretender millions of years before Pretenders were invented. As is his mate Thunderwing. He seems rather a cartoon villain at this point, planning to take out all the neutrals and Autobots in his city state with neutron bombs. But first he wants to deal personally with this team of Autobots defending the town...

Which leads us back to present and the confused Silverbolt noticing how sheepish his colleagues are, especially when they come to a burnt out town they’ve clearly been to before He doesn’t have time to ask questions though as, in shades of City of Fear!, disgusting looking disfigured monsters start attacking. Who are then revealed to be the original inhabitants now deformed by radiation and madness. But what really shocks Silverbolt is how the other’s collapse on the floor and give up the second a new, limping, figure appears... Megadeath, welcoming our heroes to hell!

The second part is where the darkness really kicks in. In the past it turns out the defence of the town had turned sour as it had dragged out, with the locals eventually turning against the Autobots after the latest bombing raid destroyed their temple and Sunstreaker was heard making a bad taste (though understandable as an attempt to break the bleak mood) joke about it. Meaning a surrender to Megadeath and the handing over of their former protectors. 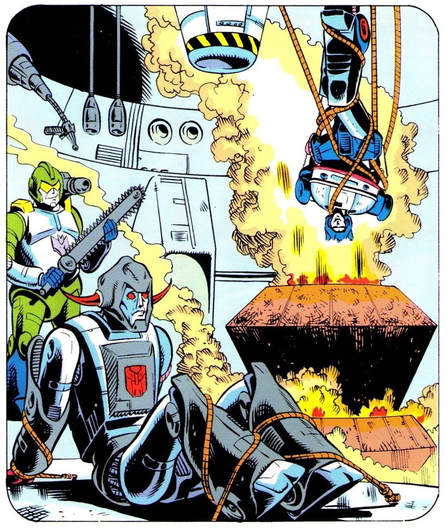 Oh, Stampede.
Which then led to a week of constant, brutal torture so horrific it even turned Thunderwing’s stomach. That is, torture of everyone except my dear friend Stampede, who is just forced to watch with his eyes held open. The influence here on both Eugenesis and Last Stand of the Wreckers is notable, to the point that it’s a surprise this story isn’t more celebrated as a result.

The real screw though comes at the end of the torture: Megadeath cheerfully hands the Autobots their guns back and tells them he’s going to shoot the broken whimpering Stampede, but they have one shot with which to stop him.

Which, thanks to their minds being broken, none of them can bring themselves to take. Meaning poor Stampede is killed.

And remember, this is a kids Annual given out on Christmas Day.

The mind fuck isn’t over yet though. Megadeath tells the Autobots he’s hidden the neutrals who betrayed them somewhere and they have the choice to either hunt them down and rescue them, or flee before the bombs go off. They try and fail, but at least manage enough of a fight back to seemingly injure Megadeath enough to have assumed he died in the blasts before giving up on the neutrals and running.

This means in the present Megadeath is very smug that he’s going to resume his fun with the will-sapped team. But he fails to count on Silverbolt, who uses reverse psychology to snap them out of it by belittling their lack of commitment to the Autobot cause until they snap. Meaning an escape and a final showdown where they overpower Megadeath but, in the grand hero tradition, won’t kill him despite all he’s done. And in the grand villain tradition (and a bit of a having your cake and eating it cop out), Megadeath blows himself up anyway.

Silverbolt is at least pleased the others kept to their Autobot ideals (though as he wasn’t present, he doesn’t actually know they weren’t lying again), but as they muse on being six again, Prowl darkly muses they are definitely not magnificent.

That’s actually a quite extraordinary little bit of writing which, as much as I poked fun at him being a character we’d never seen before, makes you care about Stampede and the horror of his plight and wrings every ounce of emotional drama from the turmoil the others are put through. If there’s a complaint it’s that the ending is rather pat, but it makes the Annual a much more worthwhile thing to track down than might seem to be the case.

But before I go set up my Stampede shrine, there’s one more bit of wrapping up to do for 1990, the Collected Comics! 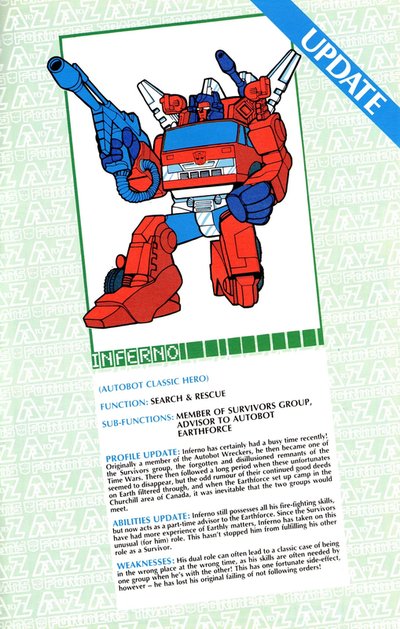 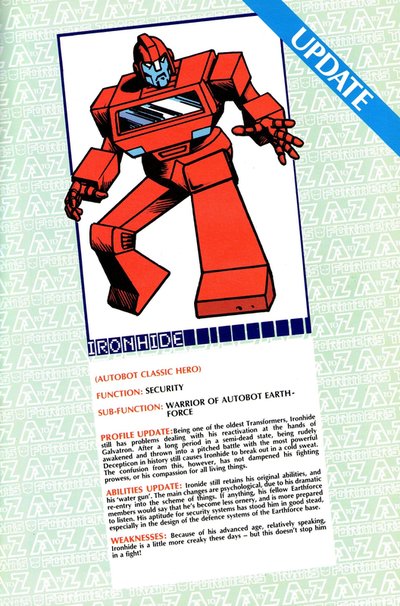 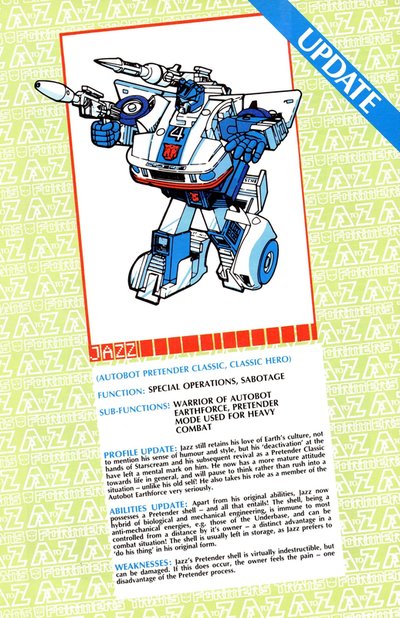 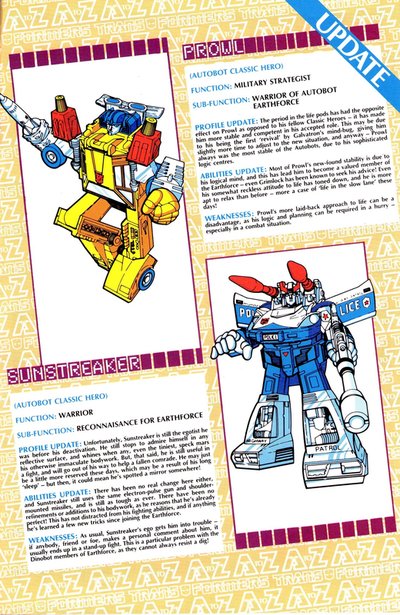 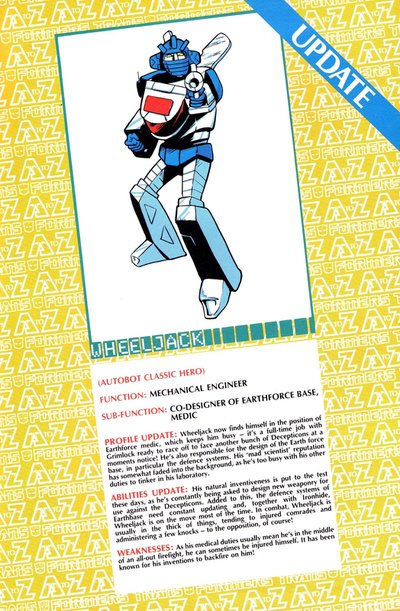 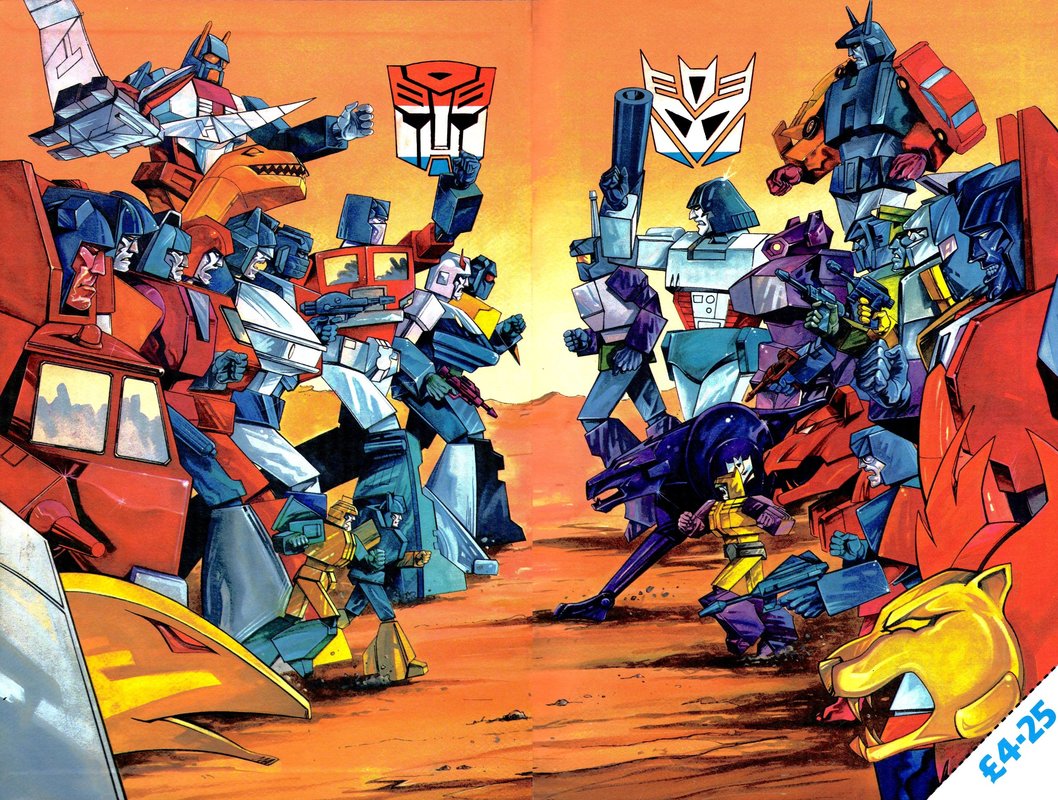