The Weather Outside Is Frightful. 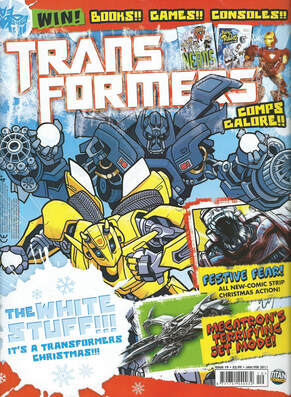 
Amidst all the changes in the comic that have been going on lately and which are still to come, it’s nice the December issue gives us something rather reassuring and traditional that we’ve not had in a long time.

Yes, we’ve had Christmas themed covers and extra content, but for the first time since The Greatest Gift of All! way back in issue 250 of the Marvel UK comic 21 years previously, we have an actual genuine Christmas story.

Which, featuring as it does the zombie version of Dead End two issues before he becomes a zombie again, is the firmest sign yet that stories have been moved about.

At least in theory anyway. Of course, the classic Christmas stories were often dubious in their chronological placement, and maybe Furman just got confused about what he had and hadn’t done with Dead End if he’d had a gap away from the comic. However, a switcheroo seems the most plausible explanation. 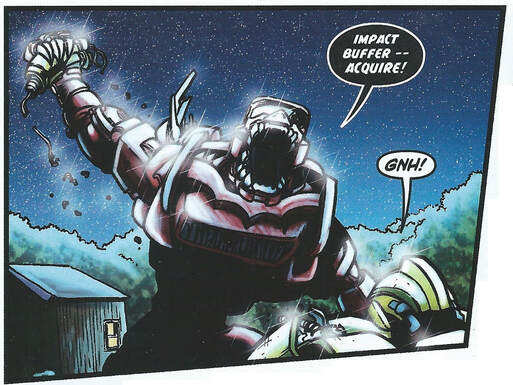 Merry Christmas.
Coming as it does so close to the end of this volume, the story itself gives us some important lasts. Notably, the last time the Witwicky family appear in a Titan strip (though all three will be back for the next film, that short lived run of comics all being prequels stops them from appearing). Effectively a cornerstone of the success of the Bay films are getting their last hurrah here.

Very conspicuous though is the complete and utter absence of either an appearance or reference to Mikaela. The times they are a changing.

The story itself is straightforward: After (if we include the story in the Annual I’ll be talking about next) three time where their house has been wrecked by Transformers, Sam has to sneak Bumblebee into the garage so he can have a taste of Christmas without upsetting the folks. Unfortunately zombie Dead End is still looking for spare parts and attacks, though Bumblebee eventually wins with out a suspicious amount of damage to the patio.

For the man who has everything.
It’s the details here that really make it both sweet and a good exit for some beloved regulars. The Witwicky’s turn out to be a two Christmas tree sort of family, with Ron still excited to dress up as Santa. Much to Sam’s chagrin. There’s even milk and cookies left out and they just about manage to sleep through the destruction going on outside.

Bumblebee and Sam’s relationship is fun and true to the films as well. With Sam embarrassed by what ‘Bee is learning from his parents and mildly puzzled by the Christmas present the robot has gotten him of racing decals (Judy got car wax from a mysterious “B”). Though Bumblebee is especially happy with the present that Ratchet helped Spike get: A screw.

This is a good fun story that combines the seasonal spirit with a sequel to one of the standout stories of this volume. The plot may be slight, but the character work is spot on and Dead End remains a great, gruesome monster. 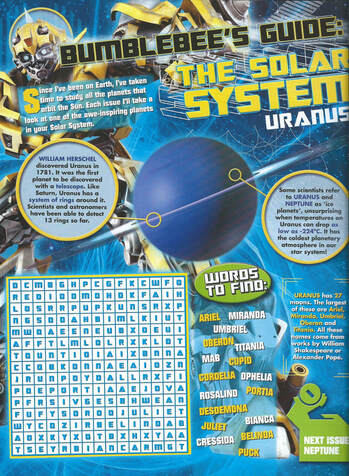 No, you ran us.
Though the editorial has some snow added to it, the rest of the comic is more business as usual. Though if nothing else a full page advert for the DVD release of the Nicholas Cage live action remake of The Sorcerer’s Apprentice is a more terrifying thing than Dead End.

As promised, two competitions are rerun from issue 16, for the Harry Potter Lego game and the water-pistol scooter. We also get ones for NERDS books by Michael Buckley; Iron Man 2 Mega Bloks; Young Sherlock Holmes novels by Andy Lane (again); Mo-Bot High and Monkey Nuts books and the Club Penguin Pick Your Path and Annual books.

How to Draw Optimus Prime is a lot simpler than similar previous attempts at the same format, just giving you a drawing of G1 Prime we later in the issue in odder circumstances, in a grid with a blank grid next to it you’re encouraged to copy the drawing into.

Megatron Jet Mode is a guide to his third alternate form similar to the tank one last issue, that again tries to make a virtue of him not really turning into anything. Cause, like, Megatron totally isn’t bothered about blending in. 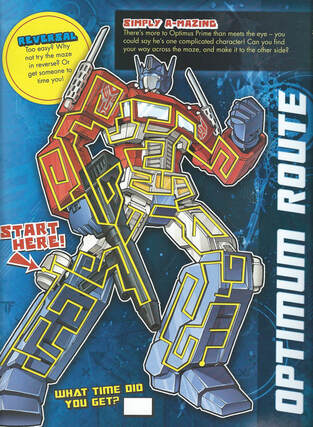 Stroke Prime's body.
Simply A-Mazing Optimus Prime is the same G1 art we saw earlier, but with a maze you’re supposed to follow around his body. With a lot of emphasis on his crotch for some reason.

Guess it just wanted to be close to Uranus.

The again heavily art focused Law and Disorder sees a drawing of Animated Bulkhead by Jack McKinney (London, 12) that sees a massive rant against the character from Barricade, calling the Autobot less intelligent than a refrigerator.

As an even firmer sign of how stories may have been shifted about, for the first time in a long time the next issue page has the actual final cover art for it. Suggesting something done earlier and held back.

But before that, time to look at what you get under the Christmas tree alongside the car wax. 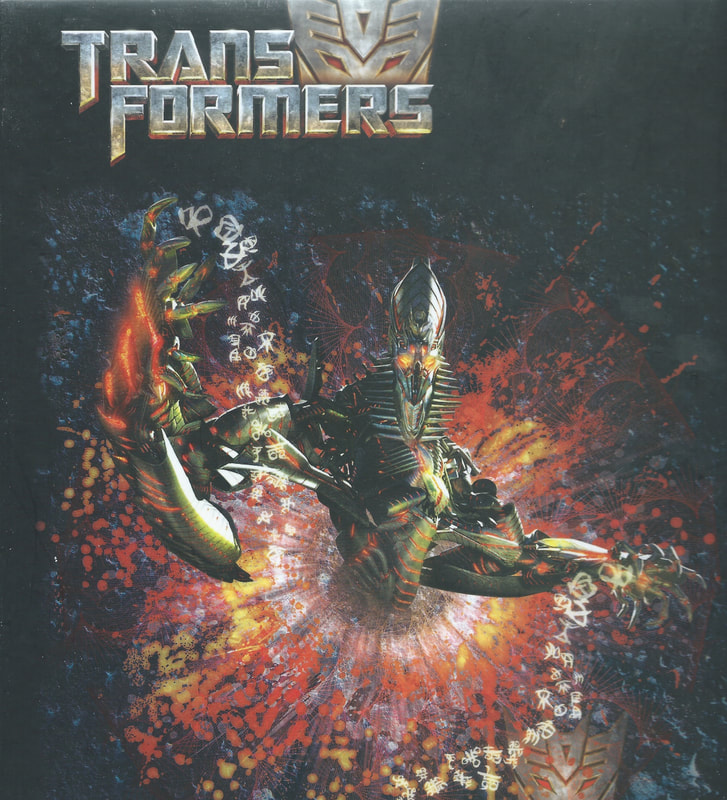