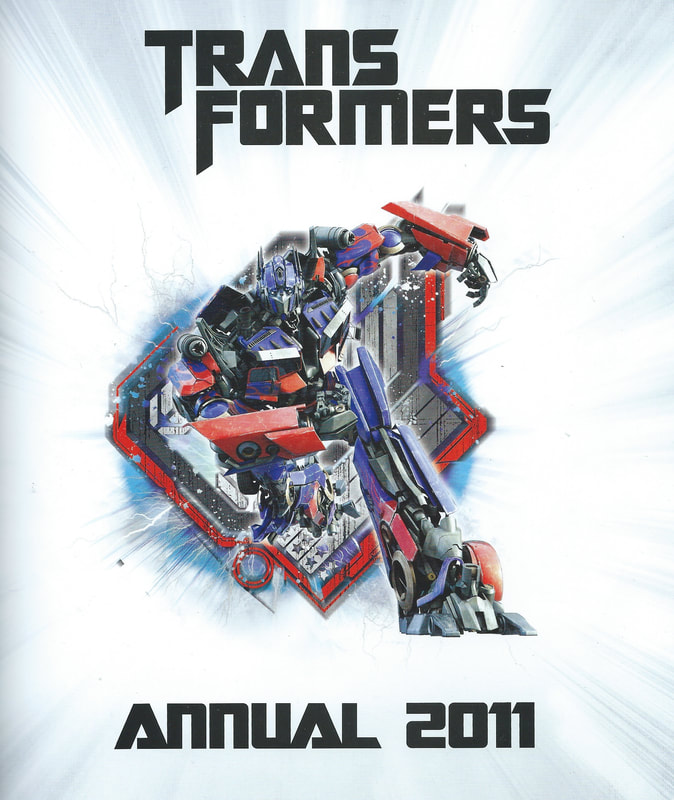 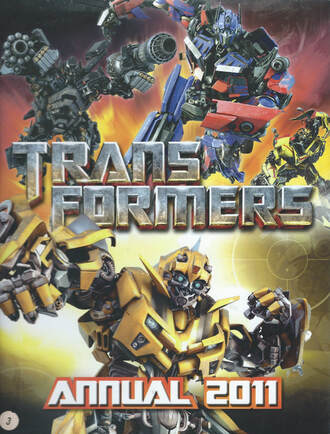 
This year’s Annual is quite an interesting one from a production standpoint, being basically Revenge of the Fallen The Annual 2, largely recapping similar features and background details from the film. A year and a half later. Which might explain why we’ve only got two Annuals left to go.

The most interesting thing though is that, as far as I can tell, this Annual has the first original fiction created for a hardback in years. Or at least the Wiki doesn’t credit it as being a reprint from elsewhere. 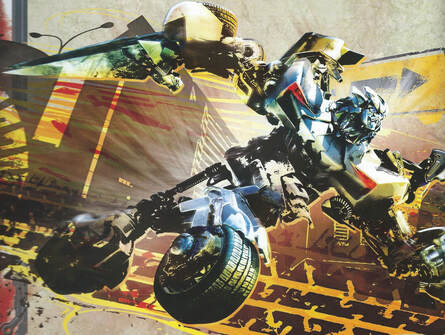 How the story is illustrated.
Sam in Danger (split into two parts, but it’s short enough I’ll talk about it in one go) is uncredited, though the wiki, again, has it written by Matt Crossick, and is nice and straightforward.

Set between the first two movies, a Decepticon raid in Tokyo has an enthusiastic Lennox lead Optimus and the Autobots to Japan to take out the threat. Which includes Barricade and a disconcertingly chatty Grindor. Who even gets his greatest moment in all fiction as he smugly laughs at Optimus Prime that the whole thing has been a diversion. Before running away.

Of course, a diversion means the Decepticons can only be after one thing back in America... Sam!

That end to part one is kind of odd considering the Decepticons have no reason to be after Sam at this point. But then, the Bay ‘Cons always have 50 world ending schemes on at a time.

Part 2 sees a big fight at the Witwicky house. Again. Troops led by Starscream are beaten off though, and we end with Sam worrying the Autobots that there’s something scarier than Starscream still to face...

...his dad when he sees the damage.

This effectively pieces together thinly rewritten and shortened takes on the Shanghai and Witwicky house scenes from the second film (and hey, no Mikaela again. Can that mean something?), but it’s harmless quick fun and it’s nice too see some effort being put into the content for once. 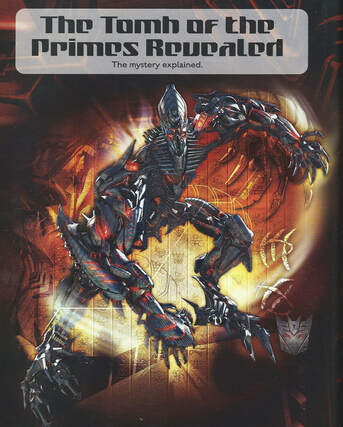 Or watch the film.
Amidst the usual puzzles, quizzes and colouring pages (including art of characters taken from the regular comic by the look of it) there are a couple of features of interest.

Starting with 10 “Character stats”, profiles for Bumblebee; Ironhide; Ratchet (who has laser eyes); Megatron; Devastator; Sideswipe; Optimus Prime; Starscream; Skids and Mudflap and The Fallen. Though the one character detail that will stick in your head is from the Meet the Autobots page, which insists the Twins are highly intelligent.

There’s also an attempt to add to the mythology of the Fallen, with features on The Tomb of the Primes Revealed and The Story of the Fallen. But there’s nothing there you won’t learn from doing something as simple as just watching the film.

Scariest of all though is the Skids & Mudflap Joke Book. Where the “Highly intelligent” characters give you such rib-ticklers as “Do robots have sisters? No, only transistors...”.

And thus was the horror of Spotlight: Arcee born.

Overall though, this is a much more solid and content heavy book than the previous few, and I suspect would have actually made a welcome gift for most kids that Christmas. 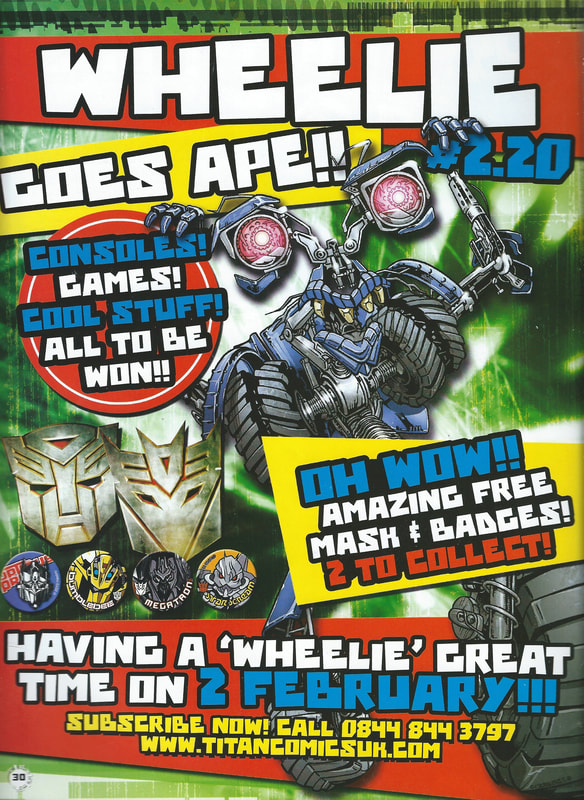