Wake Me Up When September Ends. 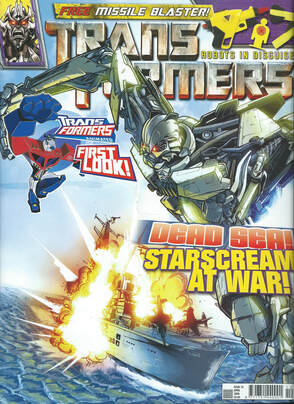 
Sorry, but we die hard.


If you want a fine example of the difficulties the cover artists must have faced trying to come up with a decent composition that still looks exciting and dynamic, look no further than this month’s issue. Where Starscream destroying a USN ship winds up looking more like the giant Decepticon is gently cupping a tiny Transformers Animated Optimus Prime, the later having been slapped on at the last second as part of the promotion for the new cartoon.

Still, the covers must be doing something right, as the indicia on the editorial page reveals the surprisingly precise average sales figures for the first six months of the book’s life: 45, 092 copies. Which is not peak Marvel UK levels, but was still pretty good for a late-noughties comic and means the title has sold better than any IDW Transformers issue ever has. This is amongst the most widely read of Furman’s modern work. 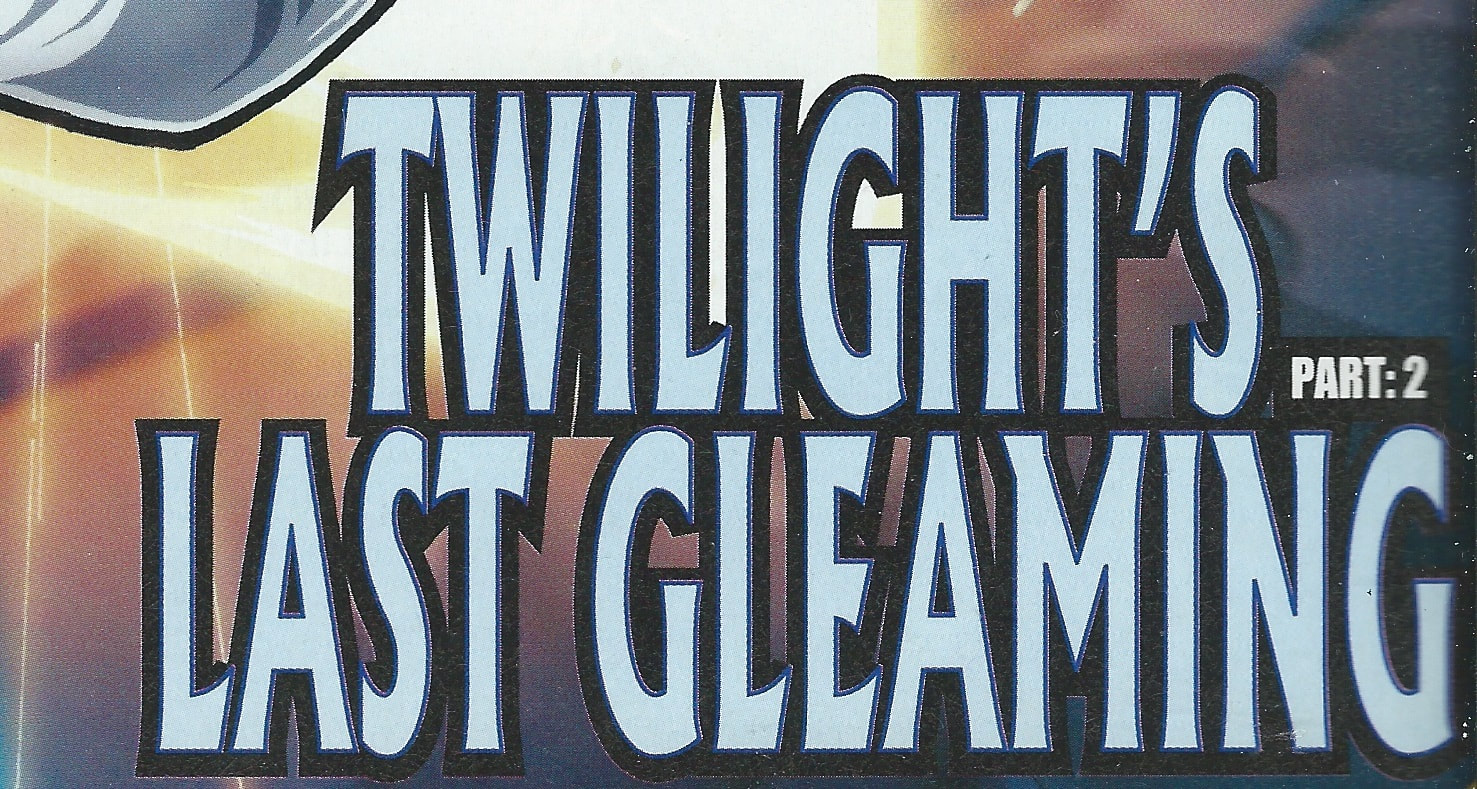 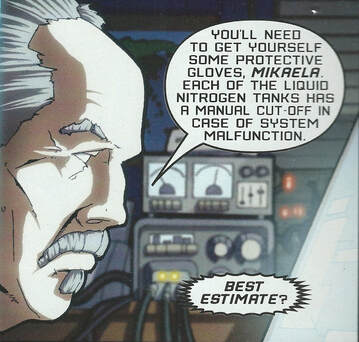 Tommy B!
Which is lucky for him, as the second part of Twilight’s Last Gleaming continues to show the writer on good form. After the set up last month there’s less plot here, as instead we aim squarely at Ronald Emmerich or, yes, Michael Bay style world smashing spectacle.

The more plot driven side sees Megatron come in hunting for Bumblebee and Mikaela, whilst gloating that they’ll never rescue Optimus, and that the Autobots are useless without him. Whilst ‘Bee hides from Megatron, Mikaela heads to cryo-control and communicates with her man on the outside, the character we’ve all be waiting to see return from the film...

Come on, you remember Tom Banacheck. The guy with the moustache who turns up to deliver exposition at Jon Voight.

A somewhat odd choice, it’s hard to imagine anyone watching the ’07 film and thinking that was the character worth revisiting. And it feels rather a shame we’re denied the chance for the full post apocalyptic Simmons. Still, we also get a more welcome return from the film, as Frenzy becomes the last featured Transformer to appear in the comic as he starts to sneak up behind Mikaela.

At the other end of the issue, Ironhide and Ratchet are in Georgia, where they take out a bunch of Payload drones before preparing to take out the tower that is about to use the Allspark to cyberform Earth. Whilst up on the moon, Team Arcee are wondering when the action will start, before Starscream appears behind them, suggesting he can make things kick off. 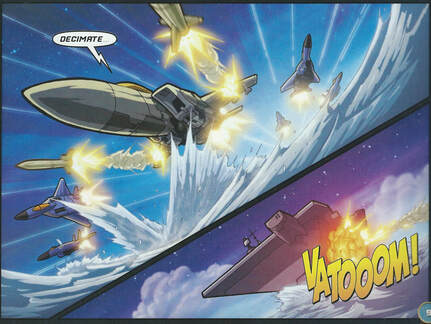 The navy lark.
Now, the idea of turning Earth into a Cybertron is a favourite idea going all the way back to the cartoon two parter The Key to Vector Sigma. But it’s also one that the IDW maxi-series All Hail Megatron will awkwardly and half-arsedly attempt to make a plot-point later in the year. And it’s in the middle of the issue we get an even more striking similarity between this book and that.

The middle chunk is basically devoted to dealing with the reaction of the rest of the world to a Decepticon invasion in a way we haven’t really seen in Transformers before. Even the Generation 2 comic, which came closest, kept its focus on the American reaction, whilst the it will be the sequels to the first Bay film that really opens up the scale thanks to an increased budget.

In Paris, a NATO/Russian alliance (oddly meeting in a fancy building in the middle of a burning city rather than a bunker somewhere. I’m sure that will end well for them) make the decision to bomb the Decepticon heartland in America in a scene that would be directly copied by All Hail Megatron. Though here they’re presented as more sympathetic characters, taking the decision seriously rather than having a jolly chat over a cup of tea because Europeans are knobs as in that comic.

The decision to nuke America and the Decepticon response is played entirely seriously as we see an aircraft carrier of Newfoundland prepare to launch, only for the Decepticons to come in weapons hot. As they do at the Bay of Biscay. Over 11 thousand troops are killed in ten minutes, before NATO itself is blown up as well.

Should have gone to the bunker lads.

The many faces (and busts) of Arcee and Elita-One, Part 2.
As in All Hail Megatron, Starscream excuses himself from the main attack, though here it’s to go to the moon rather than take out the President. One has to wonder what Furman thought when he saw that series, even if it’s coincidence, he was effectively removed from writing the main IDW comic to be replaced by someone whose big new direction was the same ideas as his own silly kids toy promotion book, but done less well as exactly how much damage the Decepticons have done to the world would be all over the place in AHM.

In terms of this story itself though, for what started as a fairly light-hearted film tie-in book, this is a pretty striking sequence that almost certainly struck a chord with readers and means an issue that doesn’t really advance the plot very much remains a strong read.

The art is by a newcomer to Transformers, Jeremy Tiongson, who does fairly well on selling the destruction sequences. However his humans are rather poorer, and the shift from Simon Williams last week means we start the running gag of Arcee and Elita-One (now with a head more like her TV counterpart) looking completely different every month. Though he tries to distract you from this by giving Elita a bigger, more wobbly pair of breasts.

I also suspect a van marked “Leicester Deliveries” driving about Paris is some sort of in-joke, but if it is, it has whizzed over my head. 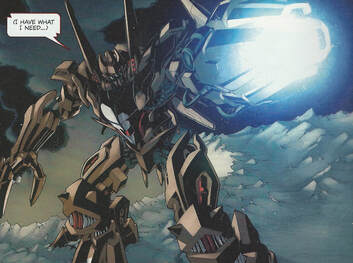 Not the same without tiny Animated Prime.
What is also wobbly is the padding that continues to plague the Prequel comic. We open on what should be a one page sequence of Starscream scanning a F22 for his new alt mode. Which is extended to three pages by the explosion of this otherwise unimportant plane as he destroys it being given a full splash, before he watches it crash as his body alters form across another full page.

It being the start of the fourth original issue gives an excuse for Serious Simmons to explain the plot with the faux Allspark signal again, though whilst he smugly says NBE-2 will follow it anywhere, Bumblebee is spending his time following the Archibald Witwicky trail.

I don’t know how this is going to be dragged out for another three months. 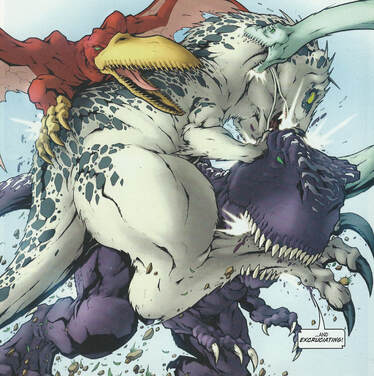 Your favourite Dinobot.
Beast Wars does at least pull a fun gag with its otherwise pointless appearance by Grimlock (apparently our favourite Dinobot according to the editorial page. I think Dinobot would want to have a word about that). There’s a huge fuss made by the watching Maximals about him being the Grimlock and we get an impressively drawn fight between him and Magmatron that ends with Grimlock being soundly beaten.

Which is a nice subversion of expectations and still advances the plot as it still allows Optimus Minor to grab a vital part of the teleporter that was going to take the Predacons home.

Amidst all this, Ravage finds the Maximal base, and they’ve just about managed to throw together a transmitter. So this actually winds up one of the more solid and packed instalments to date. 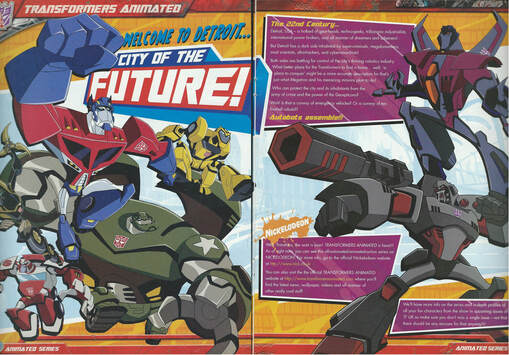 New show, but as ever, the Decepticons are out numbered.
The free gift this month is a missile blaster. Maybe someone could lend it to NATO now nukes are not an option.

The big news though, as promoted by the cover, is the arrival of Transformers: Animated on Nick Toons. As well as a back cover advert for the series, the space usually given over to the character profile is instead a two page promotion on the basics of the series. There will be a lot more on this to come.

There’s a rare non-Transformers competition as you can will a Horrid Henry DVD. Top Gear gives you the chance to win the more traditional Transformers merchandise, including the film Swindle toy and Bumblebee and Optimus G1 plushies that look worryingly like the character models used at the start of the Bumblebee film.

How to Draw... gets lazy this month, instead become Design Your Own Transformer, giving you rough outlines of Optimus and Megatron and telling you to go nuts at creating your own character (as long as they fit within the outline of Optimus and/or Megatron).

28 year old Tony Watt asks what unseen in the UK comics are going to be pressed into service once Beast Wars finishes, a question Starscream is vague in replying too. Note the assumption seems to be, rather sensibly, that the other reprint strip will remain the film tie-ins.

Most ironic answer though goes to Starscream telling Kane McEvoy, age 10 from Bristol, that Jazz won’t be coming back because dead means dead.

The real exciting part of the issue is the advert for a Primeval original novel though. Join Professor Cutter and the team on a thrilling prehistoric ride!

Next week, what will Tom Banacheck do next? 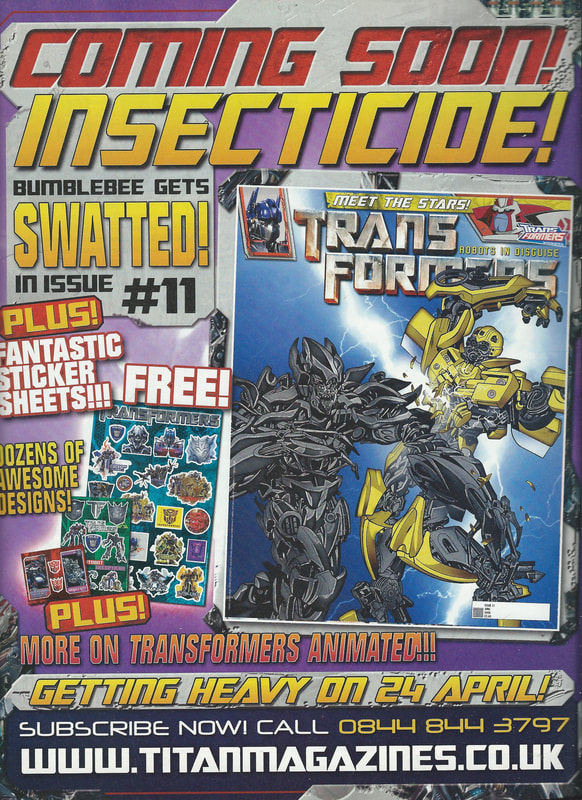