The Green Green Grass of Home. 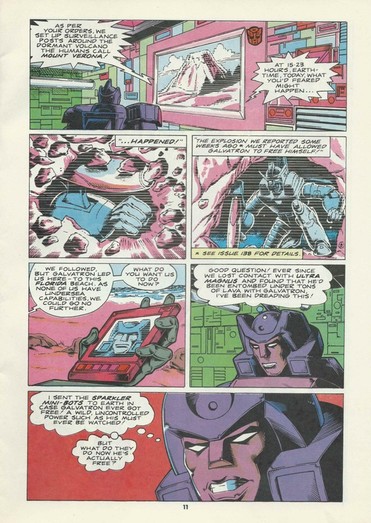 
Once again, we delve into the vaults to bring you three more classic Transformers tales—and, as usual, we’ve found some hidden gems!


Though there’s one less Collected Comics in 1989 than the previous year, the same basic pattern established there continues but with one small twist. The intent when starting with the Summer Special was clearly to devote the entire year to reprinting the Prime and Megatron on Cybertron arc.

We’ve already seen why this didn’t happen—the need to press something into service as a reprint in the main book saw the conclusion in the weekly and a quick grabbing of something to fill the third slot.

The real puzzle though, is why they jumped straight to this storyline when the next obvious choice for the Specials in the lose sequential order they’ve previously been presented in would also have filled three issues and been by a considerable margin the most popular story in the run of the series. Doing Target: 2006 in ’89 and Prey ect in ’90 feels like the more natural path to take.

At a guess, with the future of the weekly uncertain at the start of the year, there might have been some concern at presenting an 11 part story across the reprint series. The going home arc might well all flow into each other, but it’s also broken neatly into separate stories. If the run had ended with Collected Comics 14, readers would not have been stuck with only a third of Prey!

Amusingly of course, Marvel obviously felt a little more confident in 1990 and would attempt Target: 2006, with the reprint failing for different reasons.

Still, the Summer and Holiday specials, going from Prey! through to Distant Thunder!, make for a really strong read and must have kept kids nice and quite during those times their parents needed a break on their weeks off. The Holiday special promises some Headmasters AtoZ’s from the 1988 Annual, though on page 14 where we’re promised Apeface we instead get an advert for the William Tell graphic novel. Apeface is instead on the page we’re promised Chromedome, opposite Brainstorm. Poor old Chromey therefore has his profile pushed back to the Autumn issue alongside Hardhead and Highbrow.

The final issue of the year is slightly curious in its contents. The obvious thing to do would be reprint Fallen Angel!, but instead it goes much more recently for Enemy Action!, the most likely theory (as put forward by Tim Roll-Pickering in the comments a few weeks ago) is that there was some desire on Hasbro UK’s part for a final push on the 1988 toys still on shelves, but it still makes for an odd disconnect.

Interestingly there’s also an assumption that no one is buying the specials that is not also getting the weekly as there’s no explanation for the switch in story despite #13 ending with a NEXT box promising the story would continue in #14 (which is how you can tell every reprint of Distant Thunder! since is scanned from the Special rather than the original), clearly they thought enough readers would have seen the Resurrection! reprint already or simply didn’t get every special so as to get away with saying nothing. Refusing to acknowledge unfinished stories in the Collected Comics will become something of a tradition from here on in. 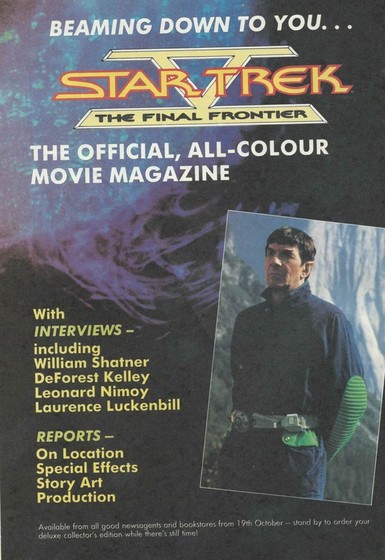 Only included to make regular reader Ralph happy. You can tell I scanned these two pages myself, can't you?
Of the three specials of the year, this was the one I had as a kid and I still remember how some of the exact details of the backstory I wasn’t yet familiar with was both slightly confusing and tantalising at the same time. I’m pretty sure I must have had the ’88 Annual by now (either for the previous Christmas or—more likely—the traditional charity shop find) as how Enemy Action!, Dry Run! And Altered image! all clicked together even when experienced out of order felt very satisfying.

This would have also been my first exposure to Victory! from the second Annual, and with it that Geoff Senior splash page of Megatron being sawn in half by Grimlock was burnt into my brain as it was everyone else who ever saw it. However, as we know from the weekly, the original plan was to reprint Ark Duty!, a shorter story. When this fell through (the first example of Marvel UK misplacing something?) the page count wasn’t increased to accommodate Victory!, Victory! was cut to fit the page count.

So both the first page and everything between Snarl knocking down Guardian and the final page is gone, and it’s a clunky obvious edit (obviously something bad is supposed to happen to Snarl as well and obviously the start of Ratchet’s speech on the final page is following on from something else) that even stood out as a kid. Indeed, later on when this special was tatty and worn out and I came to reread it I just assumed that some pages must have fallen out.

This special also has a printing error that means some pages—including both the one I own the original art for and that unlucky Chromedome AtoZ, being very purple. It does actually kind of work on the underwater scenes though.

So that brings us both to the end of 1989 and the decade. It’s been a tough year for the book as it danced around the edge of cancellation, but with the budget cuts having stayed the hand of execution and the new format having settled down things have somewhat recovered. The transition period between authors on the American book is also—finally!—concluding meaning we’re go to see big push on the US start in earnest.

As a decade of course, the 80’s was Transformers imperial phase, with levels of success that would be unequalled until 2007. Even the state of things in 1989 is something a lot of later years would look back on with envy, however much better the product and tie-in media is at times. 1990 will see the full decline really start to kick in, and there are some difficult decisions ahead.
But before all that, we go back to the future one last time. 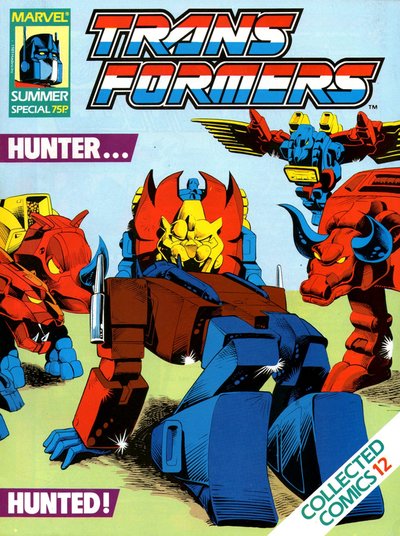 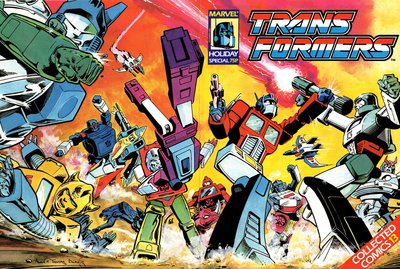 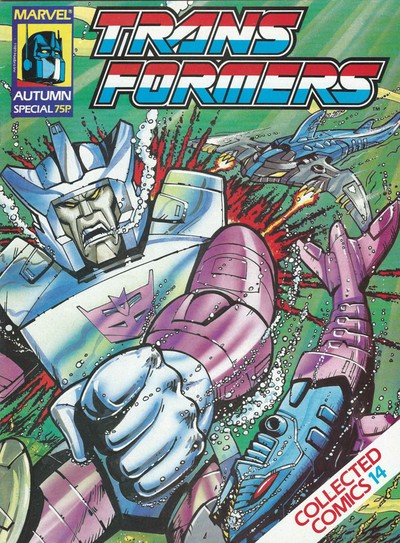 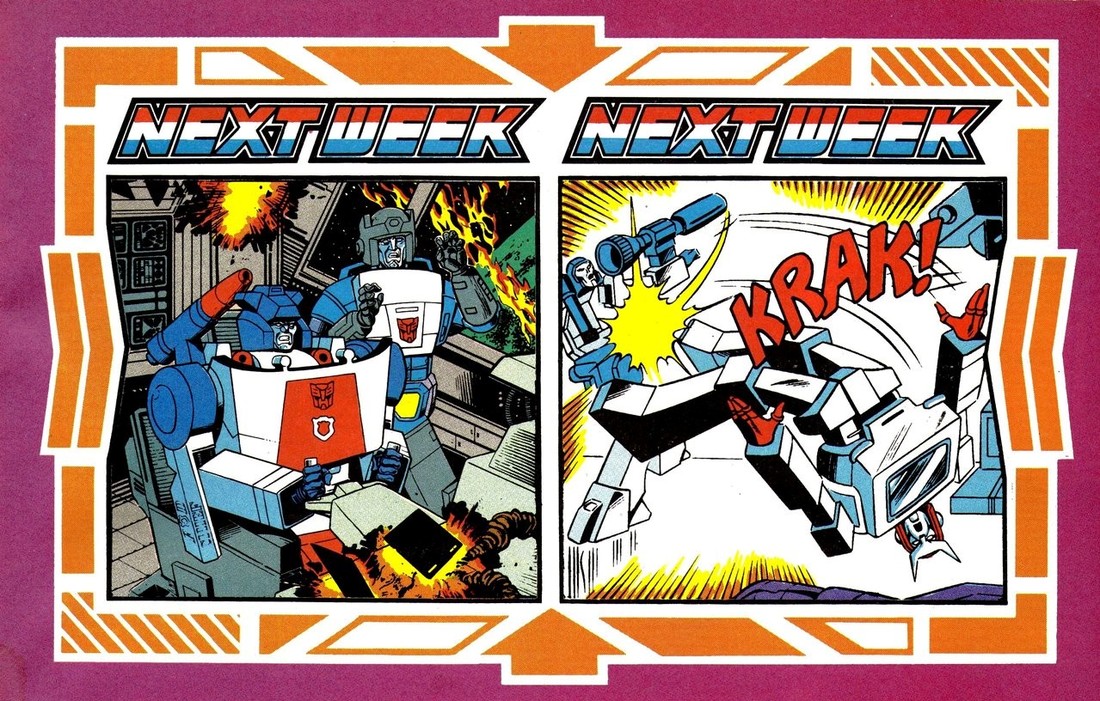