Fighting For Freedom Over Land and Air. 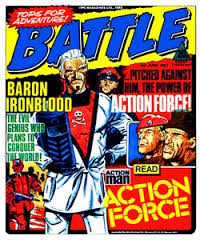 Surprise! Yes, it’s an unannounced Addendum. I’ve decided to do a piece looking at the history of Action Force prior to Marvel because... well it’s terribly complicated and makes me go a bit cross-eyed, so it’s probably best to cover this here rather than have it bog down the feature on issue 99.

Now, I’m no Action Force expert, and there are some excellent sites such as Blood for the Baron which are a good place to visit for more information, so this is only going to be the most basic beginners guide to things.

G.I. Joe himself is 50 years old this year (2014 for those of you reading in the future), but for British readers it’s the renamed and rebranded version released by Palitoy under the name Action Man which is well loved. This line actually endured for longer than its American counterpart, whilst American Joe suffered from a post Vietnam backlash against the military (resulting in him trying various other jobs) the fact Action Man was generally pitched as being someone who killed Germans meant he was a entirely acceptable children’s toy for considerably longer.

As an aside, the horrors of World War II being treated as a fit subject for jolly fun games within a generation of it happening is one of those things that seem very odd from a modern perspective, you can’t imagine popular comics and toys aimed at 8 year old boys based around shooting members of the Taliban being produced today.

In the late 70’s Star Wars revolutionised action figures, and once The Empire Strikes Back showed it wasn’t a one off aberration Hasbro and Palitoy (who actually held the Star Wars licence in the UK) seem to have arrived at the same idea at about the same time for how to reinvent their military toylines.

This involved shrinking the figures down and working harder to give each one an individual background. In America this involved a team up with Marvel comics where Larry Hama came up with the basis of A Real American Hero, a process so successful (and in America Joe was traditionally more successful than the robots in disguise, helped in part by it being seen as a more venerable franchise) it would be repeated with Transformers three years later.

For the UK the good guys became Action Force, and the baddies The Red Shadows (let by Baron Ironblood), and the fiction was provided courtesy of IPC comics and their war themed Battle comic, which became so successful the comic was swiftly renamed Battle Action Force.

Though the Joe and Action Force line started off as fairly distinct, as went on Palitoy’s brought over more and more of the American toys, though often renamed and all with backgrounds that tried to make the team more international. This resulted in a memorably bonkers storyline where Baron Ironblood randomly decided he was going to be Cobra Commander from now on. By the time 1986 came along the British and American version were fairly well synched up (with British releases about a year behind), resulting in a relatively smooth transition when Hasbro came onto the scene directly. 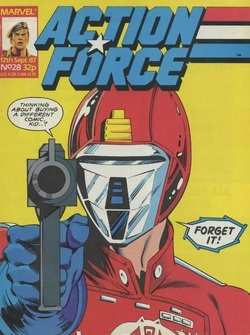 marvel style Action Force.
With Palitoy having fallen into bad ways by 1984 (presumably why more and more American Joe toys started to be used), it was easy enough for Hasbro to take over and by 1986 Action Force effectively fully belonged to Hasbro UK. With the success they were having with Transformers it was inevitable they’d take a similar approach, and though they kept the branding and generally more international treatment of the characters, the comic went to Marvel (though Battle carried on under their old title), and would adopt a similar approach of original stories and American reprints.

However, things won’t be exactly the same as for Transformers, due to the comic starting more than five years after the American launch. Rather than a straightforward chronological reprinting of the parent series, stories would be presented in a more random order to tie in better with toy releases, and more heavily edited as a result (not to mention trying to do sensible things like claiming Wild Bill is from Hull).

Due to having a considerable backlog of American stories the series would be able to run original material every issue alongside a reprint back-up (Hasbro probably subsidised this extra cost as the British stories would be able to work harder at promoting local releases and the changed backstory), and there would be several changes made to character’s basic personality beyond their nationality, such as Destro being a deformed brute.

How successful this is going to be is something we’ll be seeing over the next few years, but suffice to say that an anti-terrorist force (at a time where the UK was still dealing with regular mainland terrorism) never stood much of a chance of seeming as much fun as fighting Nazi’s did, even with the attempts to play down just how Americancentric the original material was (anyone who has ever read much Hama will note the frequent rants at people who dare not to buy U.S. made products, hilariously for a toyline made in Chinese sweatshops).

One final thing to mention is the import of the cartoon. Seemingly only released on video the editing of the dialogue was somewhat abysmal (the show having already ended in American meant simply using the original cast was never going to be a possibility), but the Action Force version of the theme song is frankly much more fun, and has what sounds like Patrick “Known to his Enemies as the Hawk” Allen doing the voiceover.

The above of course is only a very rough summing up, but now you know. And knowing ect ect. 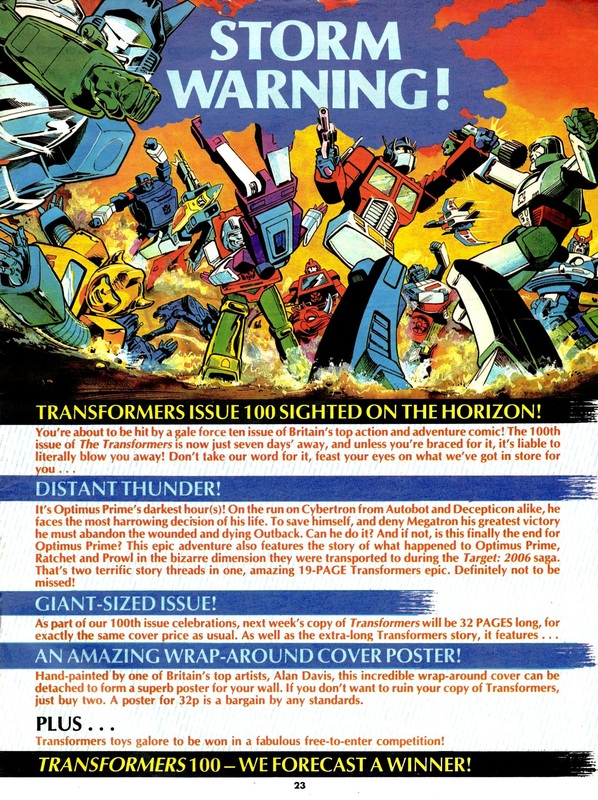