We Got to Install Microwave Ovens, Custom Kitchen Deliveries. 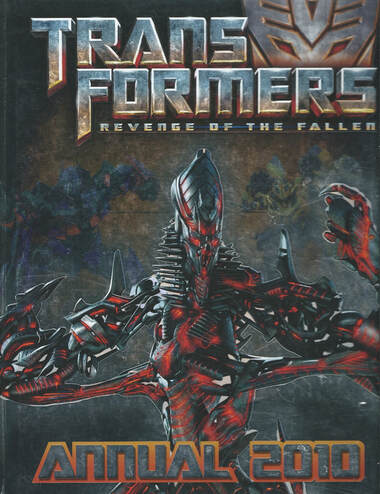 Transformers: Revenge of the Fallen: Annual 2010.


Sam’s mum cane running from the house with a waffle iron chasing her.


The first thing to note about this year’s Annual is just how shiny the cover is. It’s hard to convey from a scan, but it is as reflective as heck in the light.

It’s a good sign of how this book feels a bit more substantial than the last few years, despite still being reprinted material and quickly thrown together feature pages.

As well as various posters, mazes, word searches and spot the differences, you also get a decent selection of posters and colouring pages (with the Fallen waving cheerfully at you from his). There are also a couple of features of note. 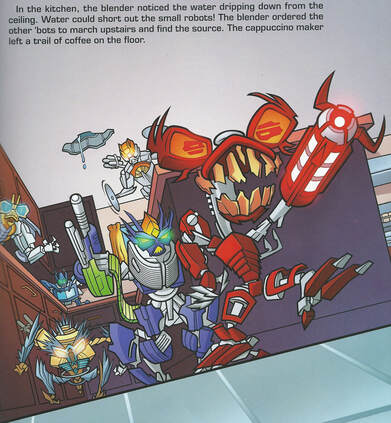 That's not his arm.
First is Return of the Robots, a quick text summery of the first film that sets the stage for the rest of the contents by having no mention of Mikaela at all. I’m not sure why considering it’s clear from some stuff I’ll talk about later that this was all put together long before all falling out with Megan Fox, but this is very much an Annual about the adventures of Sam Witwicky, with cameos from his parents and Lennox and a very large elephant in the room when it comes to the other lead human.

The History of the Primes is notable for using the early drafts idea of there being 13 of them and, for a book that is otherwise coy about spoiling the full events of the film (you wouldn’t be entirely clear Megatron was coming back from reading it) spells out the full history of the characters.

Of the games, the one that really stands out is a “Which character are you” quiz that finds out if you’re like Optimus Prime, Megatron, Bumblebee or... Wheels.

The main contents though are two reprints of illustrated storybooks adapting early parts of the film. 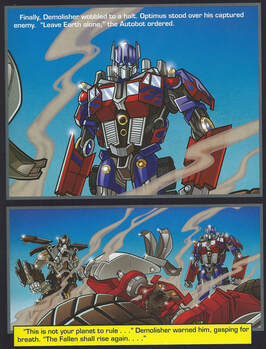 He's fine kids!
When Robots Attack!, written by Ray Santos and illustrated by “MADA Design inc. and Kanila Tripp”, is the sequence of the Allspark fragment turning various appliances in Sam’s house into killer robots. Though, again, without Mikaela. Blenderbot features prominently, but has been carefully redesigned so he doesn’t have a massive cock, because what works as a 3 second visual gag in a fast paced film where you’d have to pause it to see it stands out more (so to speak) in a still illustration.

Operation Autobot, written by Susan Korman and with the art only credited to the company, is the Shanghai battle. Which has Skids and Mudflap in their final car forms; gives the unnamed Sideways ground-pounding powers and very carefully doesn’t say Demolisher dies even though he still seems to in the art. Indeed, everyone is cheering and happy and they stand over his corpse on the last page.

This coyness is especially amusing considering there were no issues with Bumblebee killing what were basically baby Transformers in the other story. 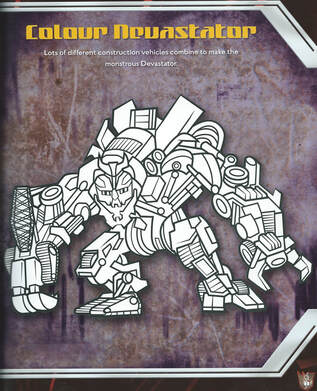 WHERE'S THE SCROTUM COWARDS
Both adventures are pretty solidly done though, capturing the spirit of the film whilst still be lighter in touch. And other than a couple of lazy reused panels here and there, the art looks great.

All of which makes this the most successful Annual since the Marvel ones.

Next week, the revenge of Skids and Mudflap. 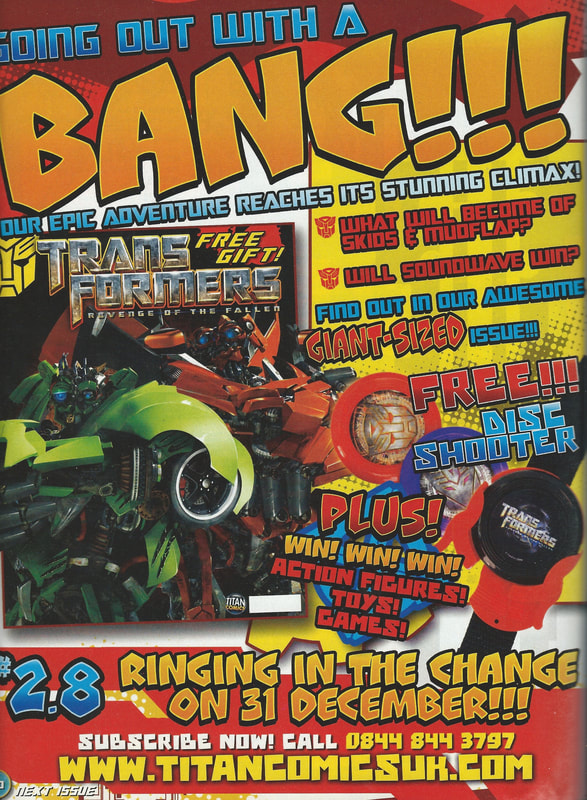