Aint That a Kick in the Head. 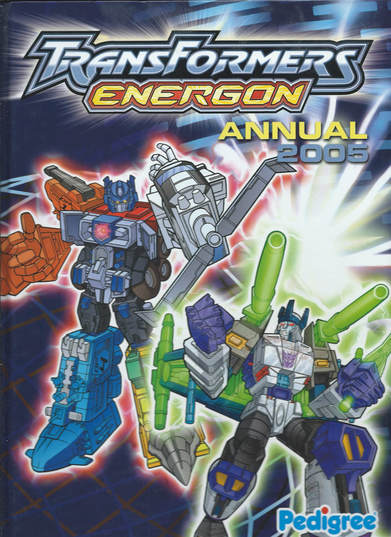 
My advice to one and all is GET OVER IT!


Following the presumed success of their Armada book, Pedigree simply repeated the formula the following year with the follow up (though technically the American comic was just the same series renamed, a rare instance of the chance to do a new number 1 being ignored) of Energon. Though this time with just two unedited issues, allowing for some simple posters and character profiles to pad out the rest.

It’s a shame this is the only time I’ll get to talk about Energon as that series was frankly insane, following up on its predecessor by showing more and more varied groups of Transformers dealing with the threatened revival of Unicron (overseen by a character whose name literally sounds like “I’ll Fuck You”) and bad animation alongside a dub that seems to have been produced by people who have heard of language but never tried it out before.

None of which we really get to talk about with the two issues here. Either because of having to unexpectedly wrap up Energon faster than he was expecting or because he’d grown a bit bored of it, Furman’s work on the follow up isn’t at the same level, featuring lots of characters with beards giving lengthy speeches that make The Phantom Menace look like Game of Thrones. Guido Guidi (who draws the first issue we get here) would seem to have lost some enthusiasm after being taken off the big crossover at the centrepiece at the end of Armada and the other artists who worked on the series including Joe Ng on the second issue here) also seem to struggle.

Though of course, at this point Dreamwave were starting to fall apart having based their entire business model on Transformers being the number one selling comic book and making them as many Porsches as money could buy. Not long after kids unwrapped this book on Christmas day the company collapsed and it turned out many people had not been paid for a very long time as funds were shifted into Pat Lee and his brother’s other company. So it’s hardly surprising enthusiasm may have been dying off even this early on the revamped current toy-line book. 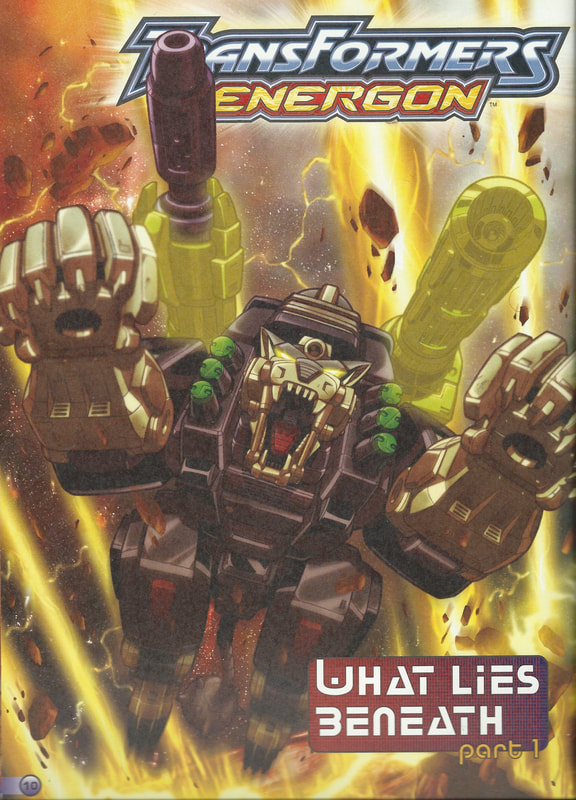 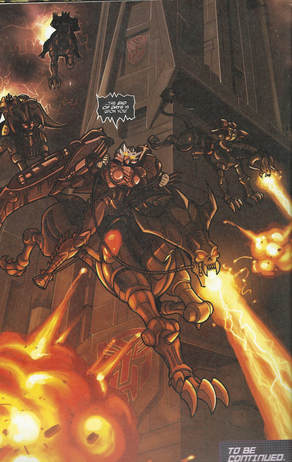 Good luck following this if you haven't read... most of the previous issues.
Now, on the surface, it looks like the choice of stories are sensible, being a part 1 and a part 2. In theory though this is only half of a four part story. In actual practice, we’ve the second and third part of a five issue arc as the opening issue 19 of Energon ended on a cliff-hanger that led directly into What Lies Beneath Part 1, and without even the token recap the sixth issue of Armada got, pretty much nothing here makes sense.

So we open with Kicker—the new human identification kid who is to Rad what a nuclear bomb is to a kick in the balls, both are terrible, but one is much worse—riding his bike away from Terrorcon Battle Ravage as the rest of his Scorponok led group attack a facility about to start mining a new energon resource found on Earth.

As an aside, it’s amusing that the cornerstone of the following IDW continuity that is Ore 13 is a recycled idea from the Energon comic.

It’s ten years since the end of Armada, but Rad (who is still a dick) and Carlos are also working on the project, with Alexis protesting outside for environmental reasons, resulting in her getting caught up in Kicker’s flight.

Alongside this, on Cybertron (thanks to a vision he had in the first issue), Optimus is trying to convince the Council of Beards that Unicron is coming back, which they cheerfully ignore until some late line Armada toys that were kidnapped by the chaos bringer in the final issue return reigning fire and chaos on the planet. 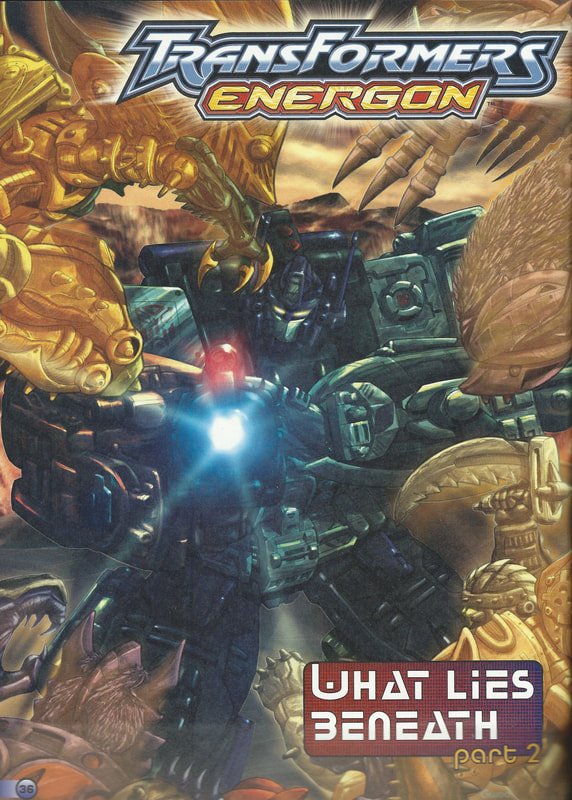 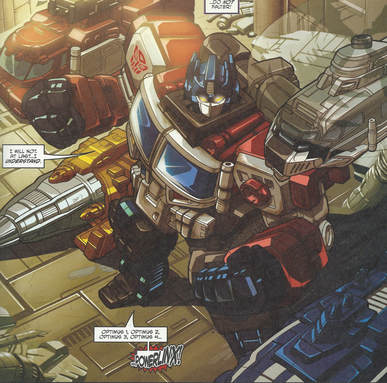 Chunky Munkey and Trukk.
The second part continues the slightly muddled fight on Earth, though not actually very much happens beyond Kicker’s dad revealing to Rad his son is special and Scorponok making it clear his working for Alpha Q to get energon for Unicron is only an arrangement of convenience.

On Cybertron, Optimus has another vision, that sees Alpha Trion reformat him into the brand new portly Energon toy, which comes complete with vehicles that combine with him to make a bigger boy that, in a sign of how being toyetic can seem awkward, he actually calls “Optimus 1, Optimus 2” ect out loud. This is also the moment for the other new toys to show off the line’s main combining gimmick of any two full size Autobots being able to combine into a larger robot, meaning the reheated Beast Wars repaints making up the Armada heralds get seen off easily.

But it’s small victory as Scorponok captures Kicker and realises...

Something we’ll never know as this is the last comic we’ll ever see in a British Annual. Which is a shame, ending as it does a twenty year tradition. But it isn’t a great story and you can easily see that, with the ever decreasing interest as the line switched to Cybertron, this would not have led to a 2006 book even if there had been a corresponding comic to put in it. 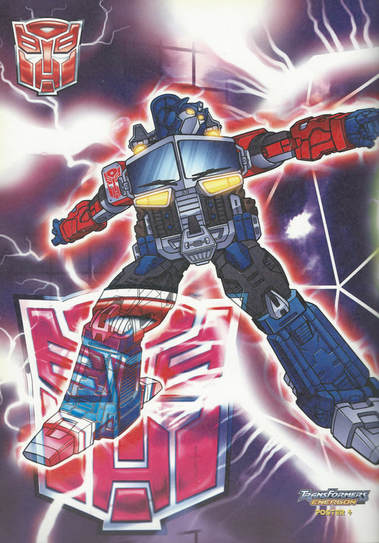 We then get a series of very odd posters of what is presumably stock art (though I’ve not seen it elsewhere) of Optimus, Megatron, Super Optimus Prime, a high on crack Optimus, a Megatron who seems to be looking at crackhead Prime across the page in fear, Divebomb, Inferno (who only seems to have one leg) and Scorponok. Not perhaps the most exciting package ever.

This annual marked the only real activity on the British Transformers scene in the more than three years between Armada and Titan comics. Something pretty extraordinary is about to happen though as the franchise undergoes a most spectacular and unexpected revival that will usher in the second golden age of UK Transformers comics. Join me next week in 2019 as I kick off the year of Bay. 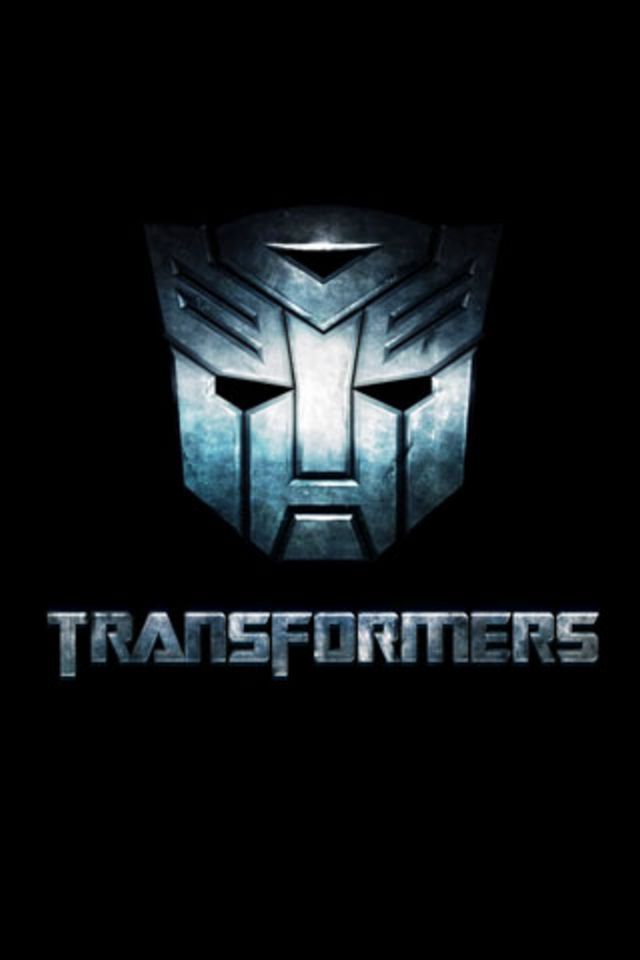