I've Seen it Before, and I'll See it Again. 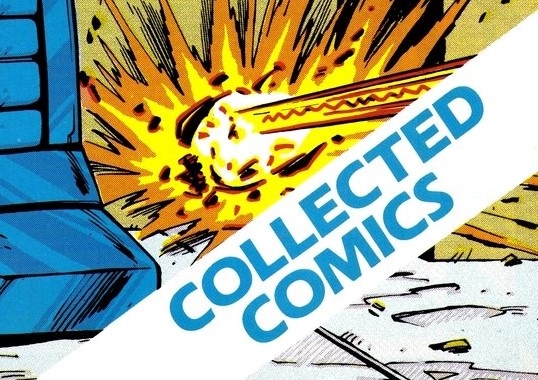 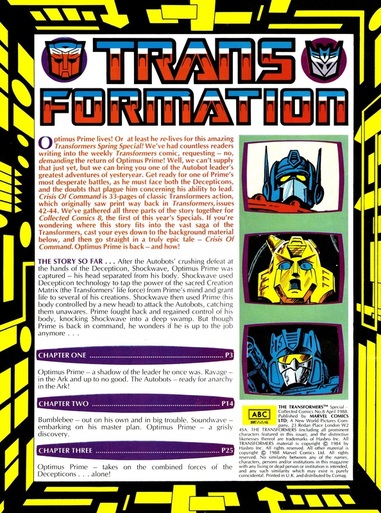 After three years of experimentation and playing with the format, 1988 sees the specials settle down into a fairly rigid pattern. No Complete Works, no oversized collections, instead four evenly spaced out sequentially numbered issues each with three issues each and—sadly in comparison to the original printings—the new cheaper feeling paper stock on the final three.

If the structure is now formalised though, the contents start to become less predictable. For the first time we have out of sequence reprints—the opening issue skips back to before the preceding Dinobot Hunt! to present Crisis of Command!—and major British stories being skipped entirely as Demolition Derby! is avoided. Presumably due to being awful.

For the first two issues (the second containing Robot Buster! and—to bring the page count up--Kup’s Story!) Transformation actually goes to the effort of making the choice of reprint seem more than just a case of what comes next. Crisis of Command! was chosen specifically because of reader demand for more Optimus Prime. Which is plausible. Whilst Robot Buster! is to tie into the kidnapping of Buster in issue 159. They can’t think of a connection to the current comic for Second Generation! as nobody cares about the Special Teams anymore, and of course the reason for doing a Christmas collection in December goes without saying.

The most staggering thing for me on rereading these specials was—almost a year since his last work on the weekly—just how striking Geoff Senior’s art on Crisis really is. He has been badly missed despite having several worthy successors and it’s good to think we’re not so far from his return.

Whilst the bulk of the reprints are basically presented as they were originally, there are a couple of interesting changes to Second Generation! The first is that Menasor now gets the name of his arm correct when ordering it to fire. Which doesn’t stop it being a really stupid moment. The second is what was originally a piece of promotion for the then contemporary second Annual when the Dinobots awaken is changed to the simple “See the ‘86/’87 Annual”, showing that not even the people making the Annuals are sure what names to call them by. 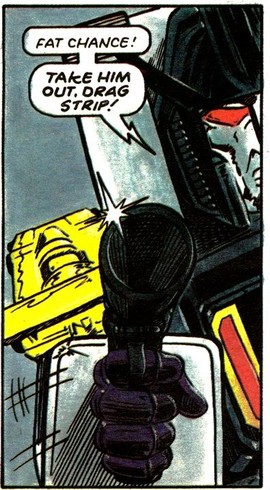 Getting it right in the end.
The only other real thing worth mentioning is that reading the first three Christmas stories again in one go really does throw into sharp relief just how much it’s the same story three times over, with only the Starscream pisstake of the “Learn the meaning of Christmas” idea being especially entertaining in that context.

Whilst the formalisation of the structure may mean there isn’t a huge amount to talk about here in comparison to the last three years, these are still key books in terms of keeping new and younger readers the chance to relive these adventures. We’re not quite at the first ones I owned yet, but these basically represent the version of Collected Comics that would entrance me in the very near future.

Phew, that was a lot of work to get all four entries done in a week. I must be nuts.

But not as nuts as what we’ll be encountering next week as the grand climax to the colour era begins. As 1989 kicks off, who will survive the Time Wars? 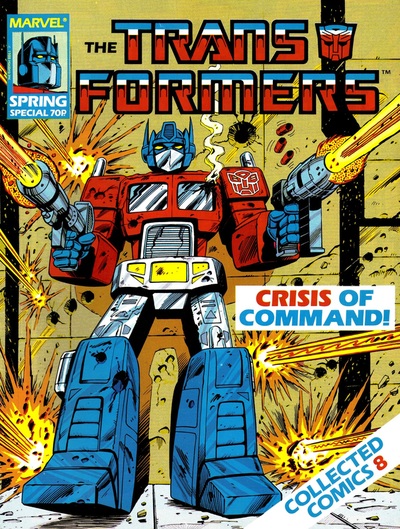 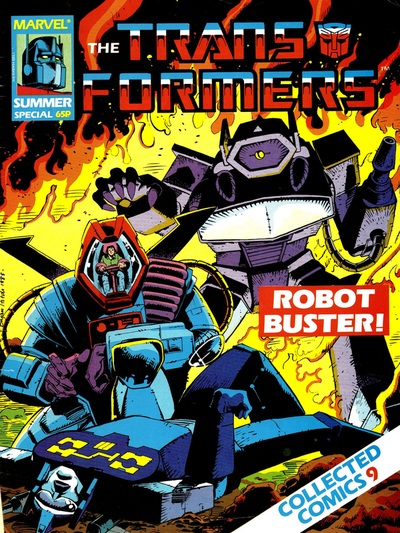 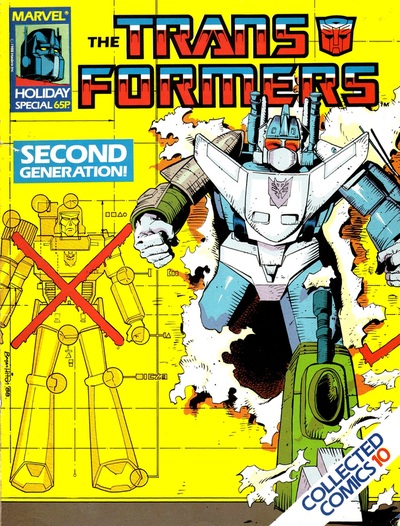 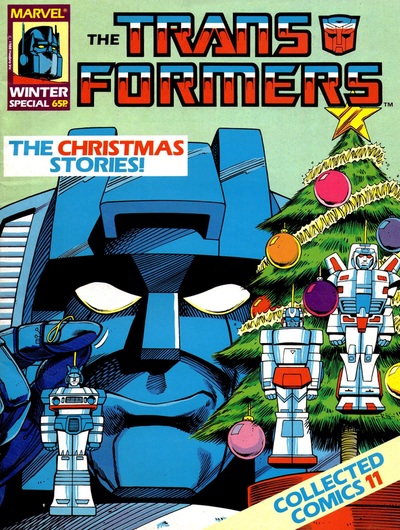 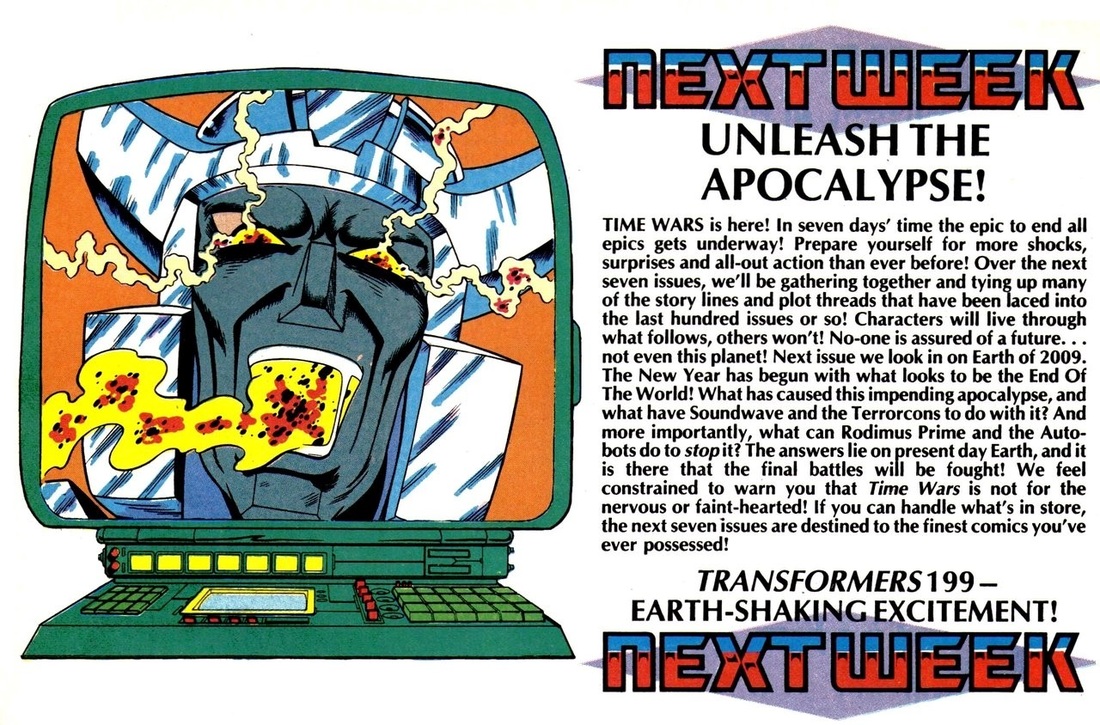