They Don’t Know What You’re Doing, Babe it Must be Art. 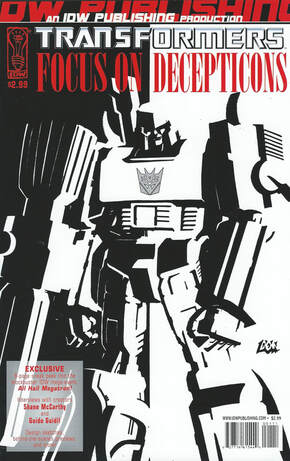 What is Megatron if not a 60-foot-tall metal tyrant with a nuclear cannon strapped to one arm?

We’re skipping back slightly in time here to April, to briefly discuss the first glimpse fans had of All Hail Megatron and their reaction to it. This is basically the Noughties equivalent of a digital preview for a comic, containing pages 2-9 of the first issue of the forthcoming maxiseries, alongside some interviews and what is basically padding. Considering this sort of thing is put online for free these days, it’s rather cheeky that this attempt to grab new readers cost $2.99, only a dollar less than the first issue of All Hail Megatron proper.

The surprising thing is, considering that, again, they want to grab casuals in as they look at this in the comic shop, the preview is at the back and the first half of the comic is given over to the interviews and other gubbins.  Though it at least opens with a lovely Trever Hutchison Soviet propaganda style poster of the sort that will produce some lovely covers from him going forward.

The extras, as laid out in the contents page this apparently needed, are: Swear Allegiance (supposedly an extract from the series pitch, but I suspect it was written for this); separate interviews with Shane McCarthy and Guido Guidi (including character designs and random art from old comics) and We Are Legion: Decepticon Roll Call (recycled Dreamwave More Than Meets the Eye art with one sentence descriptions of various ‘Cons. Again, $2.99). 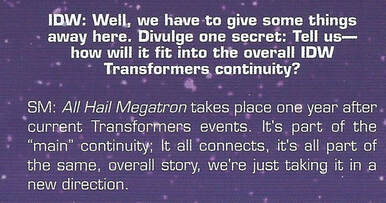 Technically true.
​The pitch and the McCarthy interview are both keen to sell the series the same way: This is an exploration of what happens when cartoon villains get to do the worst case scenario, where the heroes are tested and shown to have new depths by being put to the ultimate test of character.

Though it’s words like “Widescreen” and, in the introduction to the extract from the issue, “Blockbuster” that are more honest about what is being aimed for here: “What if there was a Transformers movie?”. Which seemed a bit redundant in 2008, a year after than had happened.

The interview also tries very hard to big up Shane McCarthy as a major Batman writer, being responsible for some “Outstanding” runs. As far as I can tell, in reality he wrote three Batman stories, the only significant one of which was a reboot origin story for the Riddler that was widely hated and quickly retconned. 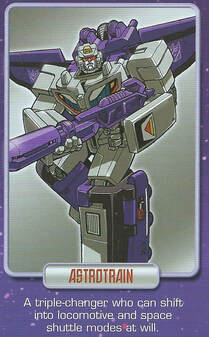 IDW started as Better Than Dreamwave.
​But that’s because this is very much about getting in regular comic readers who remember Transformers as a cartoon, so there are also comparisons to Civil War (“How will it be different? Well, Optimus won’t be unmasking himself on national television for one”) and lengthy reminisces about watching the show in Australia.

In-between that, there’s a brief mention that this, the big IDW Transformers event of the year (sucks to be Revelation), is definitely in canon with what the company has already done.

It is also perhaps more telling that intended that McCarthy reveals he was able to pitch this series by just walking up to Ryall at a convention, making it sound like IDW were slightly desperate for a new direction and ready to take anything.

The Guido interview mainly reveals that he had to adjust his original plan to do full on animation style for something a little darker, plus his pride in Spotlight: Galvatron. Bother interviews though, are keen to point out that this is going to be unlike any prior Transformers comic.

We’ll see about that. 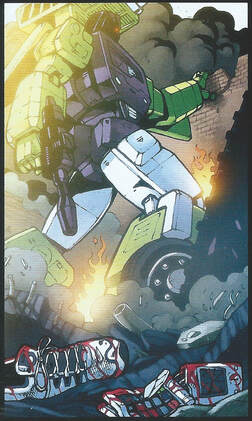 THE FORBIDDEN PAGE
I’m not going to talk about the preview much as the issue itself will be the focus next week, but it’s fair to say, coming a few pages after “The Furman stuff is canon”, the 8 chosen pages (unfortunately missing the opening bridging page that at least makes the link explicit) being seemingly completely irreconcilable with the previous comics caused much outrage and nashing of teeth. As a preview, it turned the existing readership against the new comic almost immediately.

So the fate of this series is going to very much depend on those new readers it was supposed to draw in. If it fails, then there could be some very awkward U turns as we go along.

The final thing to note, is that the preview includes, amongst the destruction in New York, a blood covered trainer and phone. Something Hasbro decided was inappropriate and had removed before the issue proper was published. Which means the big 12 issue maxi-event is backtracking on its intent, almost from the first moment out of the gate.

But that’s enough teasing, next week, it’s all hail to the king.
​ 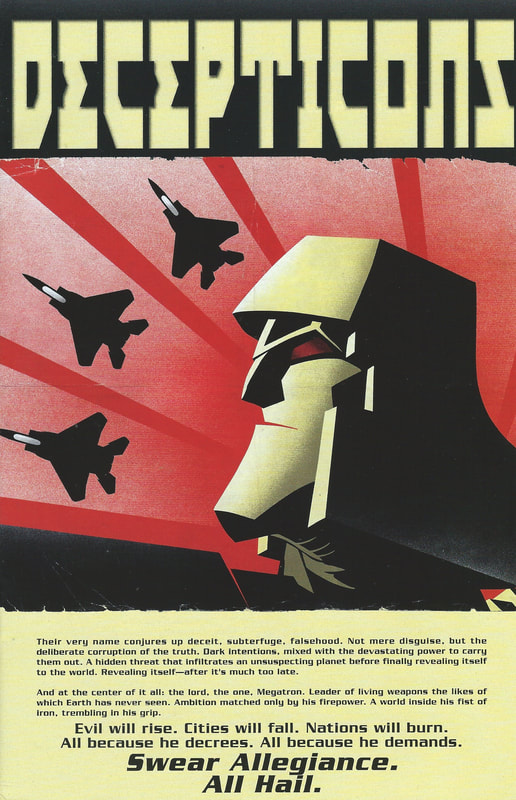