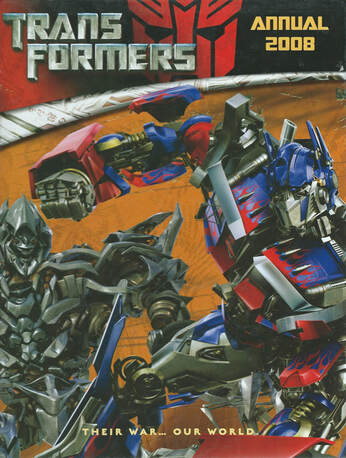 
Sam never expected to find himself in the middle of a fierce battle between two giant robots!


As an insane completest, I picked up every one of the Annuals put out during the Bay years out of a sense of obligation, but I must admit that I never really paid them much heed, as I was rather disappointed that they no longer had any comic content. Especially as for this one there were actually two short stand-alone IDW film comics that had been put out as store exclusives in America which could have been pressed into service.

Reading the 2008 book properly for this review has made me realise I’ve done at least the first one a disservice. There may not be a comic, but the entire junior illustrated novelisation of the film is contained within, actually making this very good value for kids.

The credits aren’t included here, but it’s written by Kate Egan. Which means, for the first time in nearly seven years and over 350 Transformations, I’m covering something written by a woman.

Indeed, though the various cartoons had several female writers, this may actually be the first non-animated Transformers fiction to be produced by one. Which is pretty extraordinary for what was by this point a nearly quarter century old franchise.

A female writer may explain some of the focus, as rather unusually for adaptations of the first film, lot of attention is given to the Maggie subplot despite it being largely irrelevant and Lennox and his men being cut out entirely. 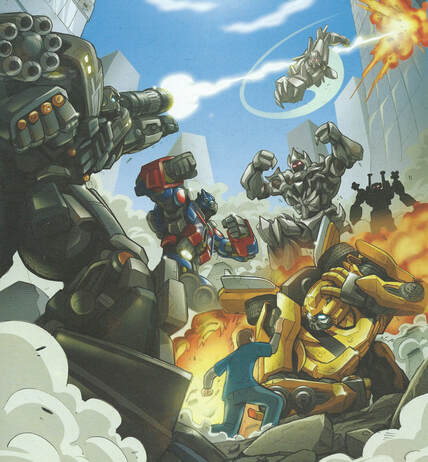 Megatron does a puppet theatre show for Optimus.
The prose is aimed very much at a younger kids, but it’s bright and fun (especially with all the violence and death carefully toned down, Jazz merely gets hit by a pulse blast) and conveys the spirit of the film extremely well.

It’s also amusing that the end of the film is also made more family friendly, so that Mikaela and Sam only hug rather than macking out on top of Bumblebee whilst accompanied by an illustration of Prime pulling a tight clenched fist that suggests he’s trying to encourage them to do something more... physical.

Said illustrations are by the just talked about Marcelo Matere and, despite continuing the trend of overly scary faces (which makes the already terrifying Megatron pure nightmare fuel), is perfectly fitted to the style by being bright and chunky and adorable, with everyone looking an absolute unit. In terms of toning things down, Same and Mikaela look oddly happy at everything that happens to them, but that's presumably an editorial request rather than a flaw in his drawing.

The main interesting thing though is that Glen, an African American in the film, is drawn as a skinny white guy. Apparently Marcelo originally drew a woman helping Maggie with the code and this was rather an awkward fix. Which has the odd advantage of making the story look more progressive than it otherwise would have, as the now male Glen still have a My Little Pony toy on his desk, showing they’re not just for girls.

Overall, this is great fun that’s well worth a read for both kids and kids at heart. 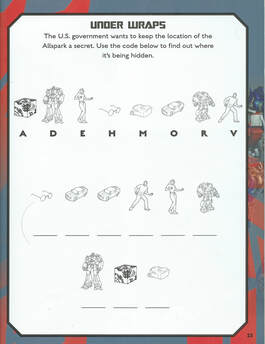 A tough one.
Surrounding the reprint, there’s the usual assortment of puzzles and quiz pages, including an amazing join the dots to reveal the Autobot underneath that is just a drawing of film Prime with a halo you put around it. Plus there’s a blank page to create your own Transformer, letting the imagination of the next generation of fan artists run wild.

When I was talking about this book on Twitter when going through it, I had several tweets (the first from Teletraan Jarvis) from people who were kids when the film was released and have very fond memories of this, and it’s easy to see why, even if that makes me feel very old. It’s the best put together Annual since Marvel stopped doing original material, despite being cheap as chips in its content. It just goes to show you can do a lot with limited resources if you put a bit of thought into it.

Next week we hit 2008, and the comic changes tact to stop being a prequel and start looking to the future. Albeit by starting with some unfinished business... 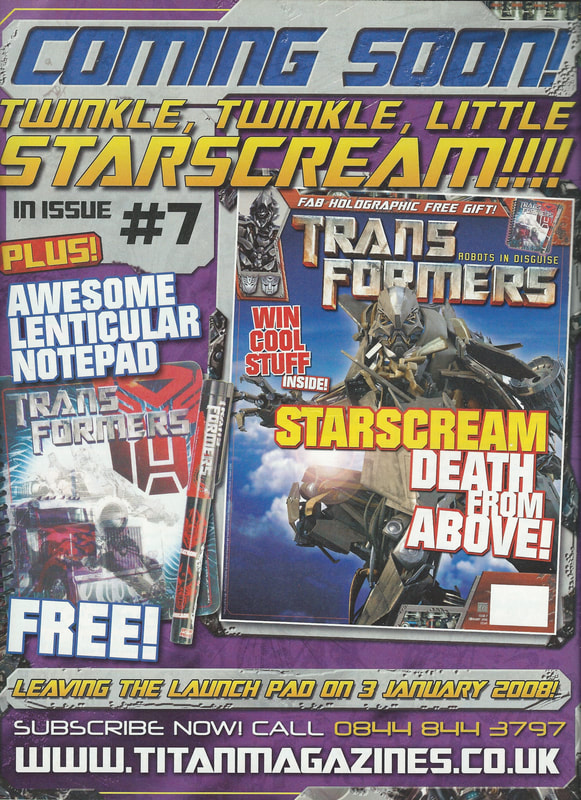