Let's Do the Time Warp Again. 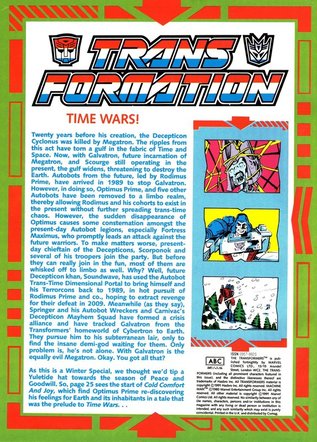 
So, clear your mind, take a deep breath and prepare yourself for thirty-three pages of awesome allegory…


With the previous year having seen not one, but two story arcs abandoned mid-reprint, it’s a brave move for the 1991 specials to attempt Time Wars, which would have taken three issues (the plan seems to have been to break it down into 3,2 and 2, with one off strips as make-weight in the second and third), especially as there would wind up being only two Collected Comics this year.

Though whether that last part was always going to be the case or if it was a last second plan as the book and its sales wound down is uncear. What is certain though is that the poor kids following the series would once again only be left with an incomplete adventure. Though for me, this almost perfectly filled the gap left by issues I’d lost before I started keeping them properly.

I can’t quite decide if having Cold Comfort and Joy! close the second special when it was originally effectively a prequel to Time Wars is a good idea or not. Yes, it disrupts what would have been the intended flow, but 20 is a Winter Special, so it does fit better thematically at that time of year. Plus, as we’ll see with the final issue, it seems Marvel UK like to close out on a Christmas special.

And it does feel like they weren’t expecting to do any more specials in the future. Issue 19 closes with a next box screaming CONTINUED IN COLLECTED COMICS 19. The 20th closes the fifth part of Time Wars with a more vague promise it’s to be continued, and the final one-off strip with a hesitant THE END?, suggesting no plans to go further and that they only ended on a cliffhanger because that was the next one in line. 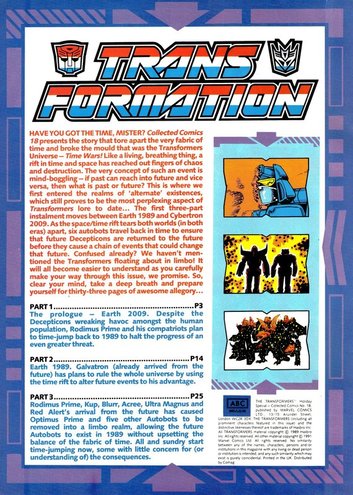 But, the series would just continue for the duration of Marvel UK holding the licence, with an actual increase in issues in ’93 and ’94. For reasons I’ll discuss very soon.

The other thing of note is that there was a G.I. Joe: The Action Force special that was promoted as being part of a two piece with the first chunk of Time Wars and had the next part of the Cobra Civil War story in it. I’ve not been able to track one down at the time of writing, so how it was introduced and any changes that might have been made, I’m not certain of.

However, it was clearly even less successful than the Transformers special as that story would also be cut short here, despite needing only one more to finish it (or at least finishing it as much as Hama’s rolling soap opera would allow). Other than an Annual (dropping the Action Force branding, ending the last tenuous link to a much loved British institution) that would be all the Brits would see of the Joes until a short lived and quickly forgotten tie in to the first live action film.

1991 has been a year with some very strong, and different stuff for the series. But at this stage it’s hard not to escape the feeling everything is starting to slowly wrap up and we’re heading towards a whimper rather than a bang.
Next week, I cover all the Transformers issues published in 1992. 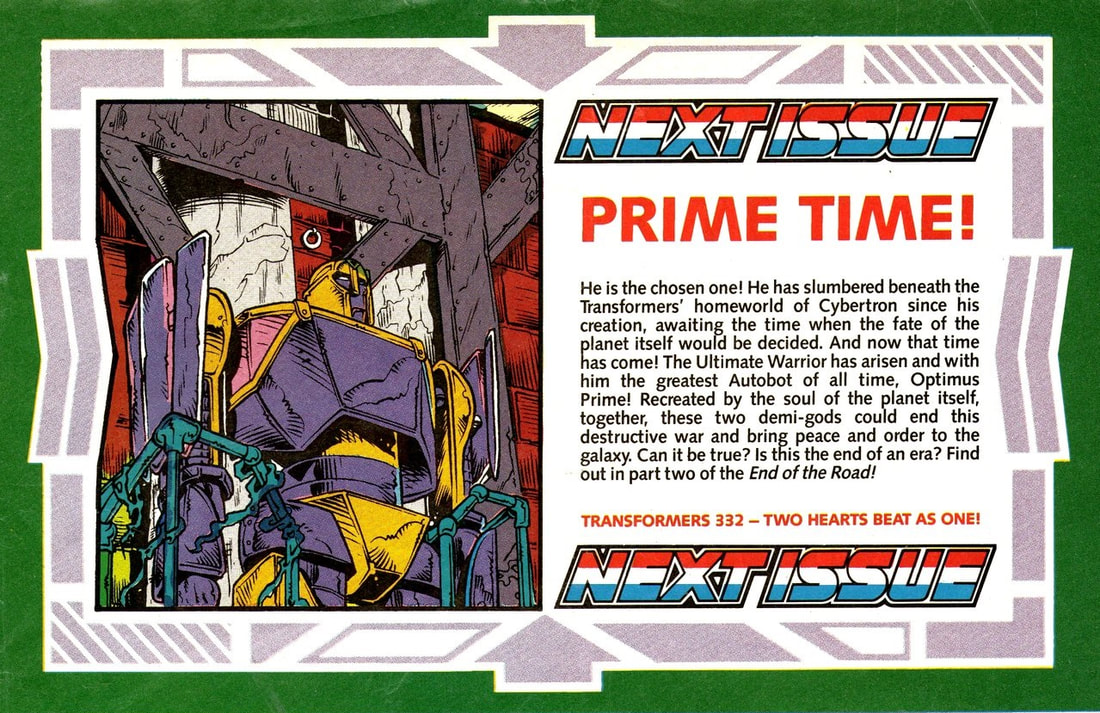